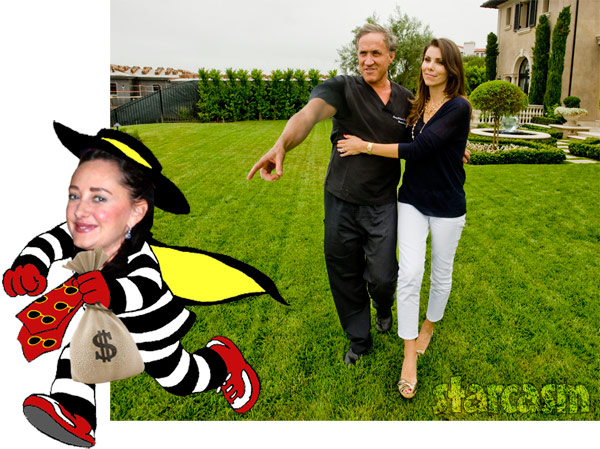 The Real Housewives of Orange County star Heather Dubrow and her husband, Botched plastic surgeon Dr. Terry Dubrow, were recently scammed out of nearly two million dollars. Terry has talked about the scam before, but Heather just revealed details (and names!) for the first time during her most recent Heather Dubrow’s World podcast. Amazingly, one of the three people involved in the fraud scheme was their accountant of more than twenty years!

“We made an investment that was not good,” Heather humbly confesses. “I think Terry and I are relatively smart people,” she says, but adds, “we f**ked up.”

So what happened?! The whole thing started when Heather and Terry sold their Orange County mansion for $16.45 million back in 2013. As you would imagine, the Dubrows were all of a sudden flush with cash, and they were looking for ways to invest it. After putting most of it into traditional investments such as stocks, bonds, and mutual funds, there was still some left over. “Our accountant knew that we had all this money sitting around so we were so ripe for the picking,” Heather says of their situation.

The Dubrow’s accountant was Gary Hoffman. “Gary had been our accountant for years and years and years, and a trusted adviser,” explains Heather. So when Gary pitched a golden investment opportunity with a close friend named Jennifer Lindsey Bell, Heather and Terry’s curiosities were piqued. 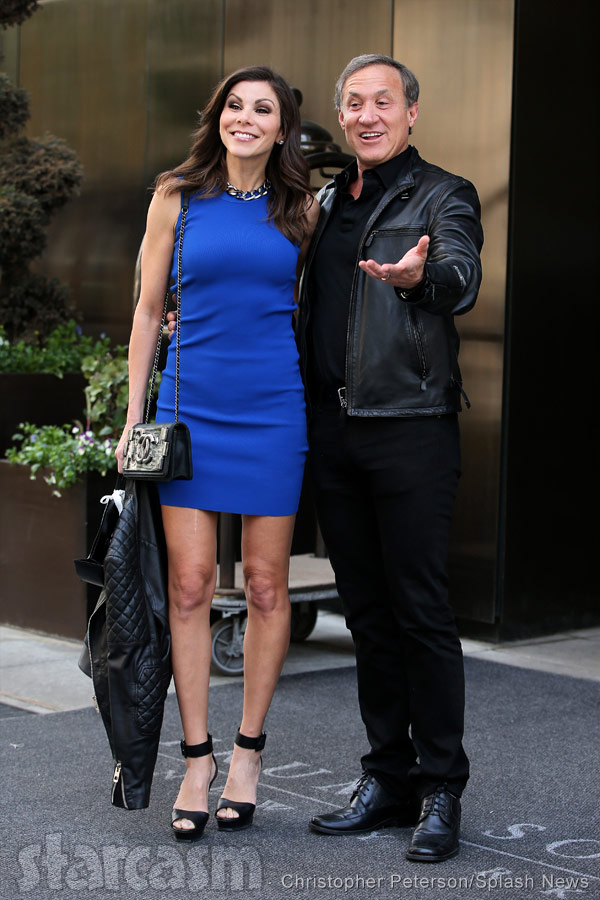 “Gary Hoffman told us he knew Jennifer Lindsey Bell very well and he was in business with her,” Heather says. The plan was for Jennifer to rent out properties in Brazil during the 2014 World Cup, then she would sublet them for a much higher rate as the even drew closer and the demand skyrocketed.

After a few months, Gary was finally able to convince Terry and Heather to invest $1.5 million. Part of Gary’s sales pitch included a “signed personal guarantee” (or I guess a signed personal Garyntee) that would assure that if the deal went south, Gary would refund the Dubrows’ investment personally. Heather says the signed guarantee was put together by an attorney from New York named Steve Czick.

As the World Cup drew nearer, Gary managed to get Terry (without Heather’s knowledge) to invest $250,000 more, raising their total investment $1.75 million.

Here’s a photo of Jennifer tweeted by Heather:

The rest you can probably predict: Heather and Terry never saw any of their money again. They did get a check from Jennifer, but it bounced.

Gary’s “personal guarantee” was worth about as much as a Real Housewives BFF necklace as it was later revealed Gary had/has no money whatsoever. Also, despite Gary’s claims to have known Jennifer for a long time, they had apparently just met at a bar less than a month prior. Heather says it’s possible they were involved in “some sort of inappropriate relationship.”

Gary the accountant, who later turned out to not even be a CPA, but just a tax preparer, has since admitted to his participation in the scheme. “We’re dealing with his insurance company right now and will make some money back there,” reveals Heather.

The Dubrows have filed a lawsuit against Jennifer Bell, and after much effort, they were able to eventually serve her with a subpoena. They worked out a deal with Jennifer and her attorney for a payment plan. Yes, you guessed it, Jennifer never paid a dime AND stiffed her attorney to boot.

Jennifer Bell is currently on the lam with a warrant out for her arrest, and the Dubrows are offering a $25,000 reward for information leading to her capture. Here is Heather’s Instagram post with a makeshift “WANTED” poster:

Our accountant, a prominent attorney and THIS woman scammed US and many others out of MILLIONS OF DOLLARS. SHE has fled. There is a warrant out for her arrest. Terry and I are offering $25,000 for any information leading to the capture and arrest of Jennifer Lindsay Bell. We don't want this to happen to anyone EVER again. Listen to my podcast, #HEATHERDUBROWSWORLD for details. #neveragain #whocanyoutrust @itunes @podcastone podcastone.com heatherdubrow.com #BOTCHED #RHOC #GARYHOFFMAN #STEVECZIK

Followers on Twitter have been quick to respond, and it appears as though Jennifer was recently spotted in London:

Apparently, The Dubrows were not the only ones roped in by Jennifer Bell, Gary Hoffman, and Steve Czick. “So far we have a total of about $8 million dollars that these people scammed,” Heather says. “These three got together and scammed all these people.”

Jennifer Bell was even featured in the New York Daily News back in 2008. She had just launched her new business, Bellwether International, which billed itself as “an international investment and lifestyle firm.” Here is Jennifer’s bio from the Bellwether site:

Jennifer Bell is the Founder and CEO of Bellwether International. Jennifer has spent the last decade living internationally, allowing her to meticulously amplify her diverse and ever-growing network of international clientele. Jennifer has previously held executive and management positions with MGM, Sony and the Peninsula Hotel Group, among others. Jennifer has also served as consultant to numerous real estate developers as a key component in the establishment and development of their building’s lifestyle programs.

She is very active in charitable causes as well, with prominent seats on the advisory boards of Qismat (Goldie Hawn’s foundation), Mind UP, Paul Chester Children’s Hope Foundation, and The Meera Kaul Foundation. Jennifer has often been recognized and acknowledged in the media, ranking in the top “3 under 30” in New York’s Daily News and featured in the Financial Times, CNN, ABC, and NBC. Following Jennifer’s leadership and vision, Bellwether has organized and actively participated in numerous political events and philanthropic endeavors, all while establishing and maintaining one of the most selective, unique and exclusive lifestyle-consulting firms in the world. Bellwether sets itself above competition by virtue of its clients, which include members of the wealthiest and highest echelons of society that regularly utilize its concierge, lifestyle and and be-spoke services. As a result, Jennifer has built and nurtured global networks of the highest caliber.

As further evidence of her ability to garner trust, Jennifer was named the Master of Ceremonies at the 2014 Women In Technology Awards in Dubai. D’oh! Here she is speaking to those in attendance:

Speakers discuss work place bias at Women in Technology Summit MEA 2014The role of Master of Ceremonies was played by Jennifer Bell, Founder and CEO of US based Bellwether.

And here’s Jennifer presenting an award:

According to online records, Jennifer is now attached to a company called Three Arch Ventures Limited.