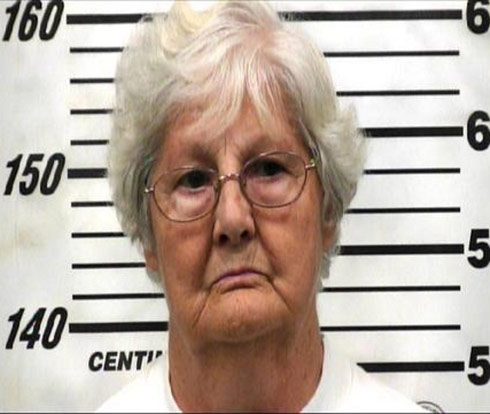 I know my old man gets annoyed when folks use his driveway to turn around but he’s never unloaded bullets at anybody like Tennessee’s Margie Rhea Ramey did this past Sunday.

Oscar Scott was returning home to Virginia with his wife and five children when he decided in classic dad-fashion to take the scenic route. Further flexing his dad road trip skills, Scott got lost and found himself headed down a long and narrow road in Hawkins County, Tennessee.

He decided to turn his 1999 Chevy Tahoe around and that’s when an armed 72-year-old Ramey let loose with her .22 caliber rifle.

“She fired one shot and my wife hollered and told her we’re just turning around, and then she shot again. We got out of there pretty well as fast as we could. I still don’t really know what her problem was.”

No one was injured and once he was clear of Margie, Oscar phoned the local police to let them know what happened.

Ramey was arrested and booked into the Hawkins County Jail on 7 counts of felony reckless endangerment and bonded out a little later. She told the police that “she has had a continuous problem with people tearing up her driveway.”

After acknowledging that he did see a “No Trespassing” sign at the end of Margie’s driveway, Scott told TimesNews, “I don’t know what’s happened to her in the past, but me, my wife and five kids weren’t doing anything wrong. I know you can’t shoot at somebody for turning around in your driveway.”