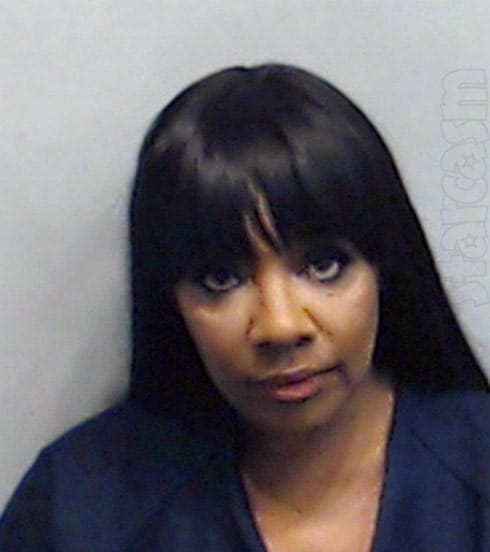 Love and Hip Hop Atlanta‘s Karen King has had her fair share of run-ins with the law — and the streak continued this morning, as news of Karen’s most recent arrest has just broken. The charges pending against Karen include identity fraud, and could result in a prison term of more than 30 years. Above and below are the most recent Karen King mug shots, which were taken at the Fulton County Sheriff’s Department earlier today. 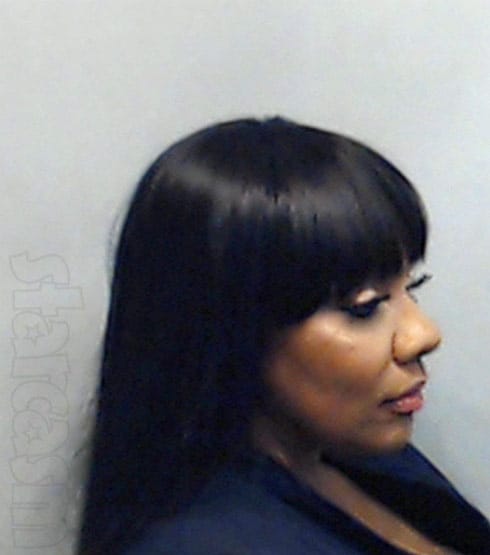 According to Sheriff’s Department records, three charges are currently pending against Karen: one of theft by taking; one of forgery in the first degree, and one of financial identity fraud. Apparently, Karen was arrested after purchasing $4,946.52 worth of goods from a Saks Fifth Avenue in Atlanta under someone else’s name. She may have been working in cahoots with a Saks employee, though details on that connection have yet to emerge.

A report on the charges by Reality Wives suggests that, of the three, it’s the forgery charge that is the most serious: it carries a minimum one-year and maximum fifteen-year prison sentence.

In addition, the financial identity fraud charge carries a maximum prison sentence of 15 years, along with a fine, and “criminal forfeiture of any personal property used or intended to be used to commit the offense.”

Neither VH1 nor Karen (or her sons) have yet to comment on the situation, which is still developing.

UPDATE – Here is the full narrative from the police report obtained by Rodney Ho of The AJC:

Saks Fifth Avenue Asset Protection was notified by the General Office of a Charge back on a Customers Account ( Bianca Fairchild). The Customer Stated there was a charge on her account that she did not authorize. After Further investigation, Associate Armani Harper rang a sale for the client Bianca Fairchild totaling $6,151.68. (Charge actually occurred on 6/3/2015 at 1613 hours.

During the interview process September 4, 2015, Accused Harper stated on August 19th A client called into Saks Fifth Avenue to order a handbag (called a phone send) valued at $5972.40. Saks Asset Protection team advised the accused the bag was being purchased on a fraudulent credit card; and to return the bag back to the stockroom. Be advised Video Surveillance was hidden inside the stock room (Incident captured on video surveillance). Accused placed the bag on another shelve.

On the same date August 30, 2015 a female by the name of Karen Lynn King entered the store and presented Accused Armani Harper with a d.o.b Social, and name Diane Wodey. Be advised Karen Lynn King and Accused Harper purchased $4,946.52 in merchandise. Accused split the items with Karen Lynn King. Ms. Diane Wodey was contact back Saks Asset Protection and confirmed the victim Diane Wodey doesn’t have a Saks Account. (Incident captured on Video Surveillance).

Accused admitted he knowingly rang sales that were being paid for with fraudulent credit cards and receive kickbacks.

On 10/06/2015, an associate from Chanel handbag was trying to locate a Chanel mini cross body bag valued at $2,700.00. When she could not locate the bag she started asking her co-workers if anyone had seen the bag in question. Another stated that she recalls Accused Armani Harper sold the bag to one of his clients. Asset Protection Manager Chad Harris ran a report to see when the bag was sold, and ran the report for 8 months and there wasn’t any sales of the bag in question. Checked the system and it is showing that SAKS own the bag, however the bag could not be located.