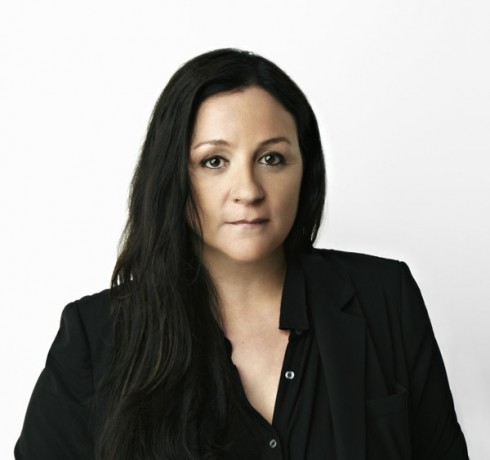 Fashion publicist Kelly Cutrone subscribes to the notion that change has to start with yourself. So, if we, as consumers, really wanted to see a wider variety of shapes and sizes represented on runways, then the fashion industry would oblige.

“Society has a hyper emphasis on thin and that trend comes from the consumers — it does not come from the fashion industry,” she told The Fashion Spot.

Kelly, who appeared on The Hills and The City before landing a one-season Bravo show, Kell on Earth, added she is all for the “real look.” That just doesn’t make her want to buy clothes.

“The fashion industry needs to make money, that’s what we do. If people said, ‘we want a 300 pound purple person,’ the first industry to do it would be fashion.”

Instead, the notoriously sharp-tongued publicist argues the reality is that consumers are most attracted to thin models.

“You look at the Dove campaign in Times Square — it sticks out like a sore thumb,” she said. “Those girls in the white T-shirts and underwear, next to Calvin Klein. As a consumer, it doesn’t make me want to buy Dove.”

Kelly is next set to appear as a judge on the upcoming season of America’s Next Top Model, which premieres on The CW on August 2.