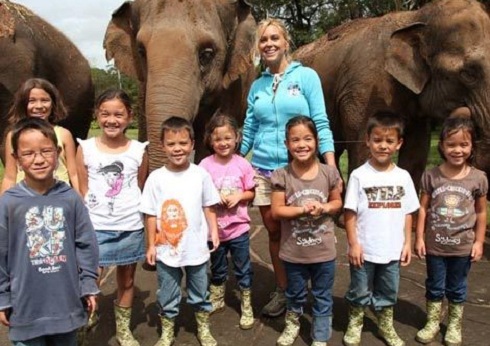 Even though Jon and Kate Gosselin split over three years ago, their relationship still haunts Kate — especially now that his friend has written a controversial tell-all book about her parenting. Robert Hoffman released the e-book, Kate Gosselin: How She Fooled The World, on Amazon this past Saturday but luckily for Kate, it has since been removed.

Robert had been friends with Jon for years and even got a job covering him and his ex-wife for Us Weekly in 2009. During their friendship, Robert got his hands on secret journals and online files of Kate’s which are where he claims to have culled his information. In fact, Robert even admits to digging through their trash where he discovered Kate’s computer hard drives.

In his book, Robert called the former Dancing With The Stars contestant “sick” and in desperate need of mental help. He even claims to have documentation of Kate’s admittance to child abuse including spanking her children with a wooden spoon and much worse. Most of the details of the book have been kept under wraps because of the severity of Kate’s alleged actions. 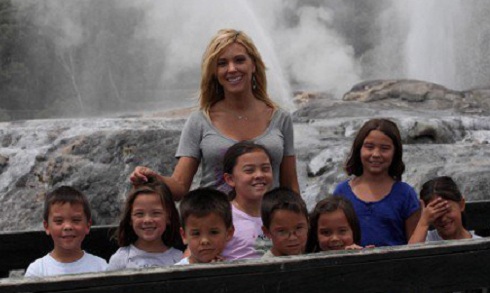 In an excerpt from the book which Robert claims came directly from Kate’s journal, she allegedly recounts one of her disturbing moments of rage:

Collin decided to pour the beans all over the floor while I was inside peeling potatoes, so the girls told me and I sent all the offenders inside. Well Collin didn’t like that I sent him in and when I was out in the garage, I heard three large bangs…I went inside and three highchairs were on the floor literally. I was instantly so SO angry, that I grabbed him and spanked him as hard as I could and thought I may seriously injure him so I sent him to his crib…. And whipped him into it very hard! I for the first time thought I may really lose it and am glad that I just let him in his crib til Jon came home! I have never felt that I may really seriously injure a child but today was that day!

On Monday, Los Angeles law firm Lavely & Singer sent Amazon a notice that the e-book “may not be properly authorized by the appropriated rights holder” which prompted Amazon’s immediate removal of the book pending further investigation. Discovery Communications, Inc. sent a letter of their own to Robert himself which informed him that his book contained confidential information and requesting he put a stop to any further distribution.

Meanwhile, Robert insists that he did no wrong and has rights to everything in his e-book. “I can tell you that I respect the legal system and won’t be distributing the book outside of Amazon unless it is cleared by the lawyers and Amazon first. The last thing I want to do is break any laws, and it has yet to be determined if that has been the case.” He adds, “I can tell you that all of my information regarding Kate Gosselin used in the book was obtained by me personally through completely legal means.”

Keeping Up with the Joneses…er…Kate; Jon & Kate Plus 8 Season 5, Episode 11 Recap: ‘Battleship and Barber’ Watch Online!