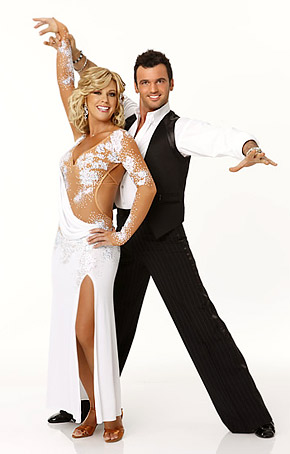 Kate Gosselin is proving that she can still bring the drama to reality television when she riled her dance instructor and partner, the normally cool Tony Dovolani, into a tizzy. During rehearsals for the second week, frustrated Kate, who doesn’t take to dancing naturally, made Tony feel like she thought he didn’t know how to teach her how to dance. He felt like she was blaming him because she couldn’t get a particular move.

This really ruffled his feathers because, well, he teaches people to dance for a living, on national television. They continued to bicker until Kate complained that Tony wasn’t hearing, which prompted him to respond, “I’ve heard you all day.”

When Kate fired back, “Please, don’t make arguments where there’s none” Tony stormed off shouting “I quit.” It’s almost like Kate is married again!

Tony didn’t really quit, he returned to help Kate rehearse, but Kate performance on the big night majorly flopped with a 15 out of 30 points.

Watch Kate and Tony’s blow-up below: