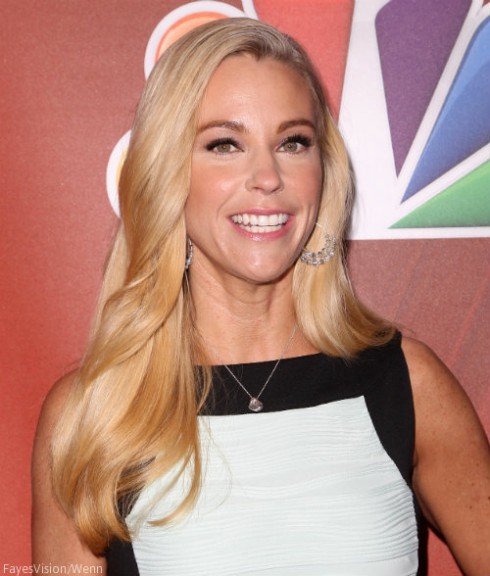 Kate Gosselin and Jon Gosselin’s marriage unforgettably imploded in 2009. Now, she said she isn’t the only one in the family who has a strained relationship with her ex-husband.

“I keep the peace,” she told InTouch of her virtually non-existant relationship with Jon. “Some of the kids visit and some don’t. That’s for the best.” 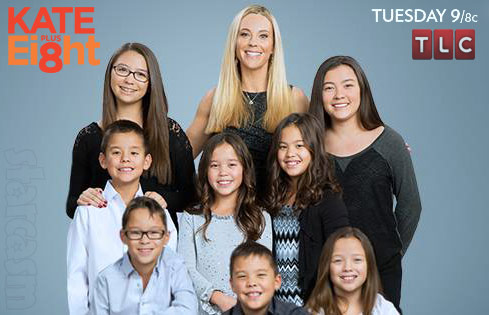 Kate and her kids this year.

Last month, Kate was accused of using her teenage twins to spy on Jon during their visits.

“Father has told Mother that he does not want the girls bringing their cell phones with them during his custodial time as the girls are constantly texting Mother to ‘report’ on what Father is doing,” Jon’s attorney said in 2010 custody papers just uncovered by Radar Online. “Father has a phone that the children can use if they want to speak to Mother, so it is not necessary for the girls to bring their own phones with them.”

In the same civil court papers, Jon’s attorney accused Kate of throwing away the children’s gifts from Jon.

“Children have explained concern that they cannot safely bring any gifts, toys, pictures or stuffed animals home from Father’s house,” the lawyer explained. “Children have independently decided to hide certain toys, etc. around their room but fear every day that they will be found and thrown away.”

In the time since then, the Gosselin kids have spent most of their time at Kate’s home — especially as Jon’s living situation hasn’t been stable. In her interview this week, Kate said they kids make it clear they miss having a man around the house.

“They are encouraging me more and more [to date]. I just don’t have a lot of time to be out there to be searching for someone! I would love to date! And I would love for the kids to have that male role model,” Kate said. “The truth is I don’t really leave my house very much and that’s the truth. I’m just so busy with kids… But yeah, if the right person presented themselves, absolutely. I’ve always said that.”

Kate said her kids seem to want her to date not just from an emotional standpoint, but also from a practical one.

“Our microwave broke like a week or so ago, and I was trying to take it out, you know, it’s like mounted into the thing,” Kate said. “I was trying to get it out and the kids were eating dinner and I have my screwdriver out and Leah said, ‘And this is another perfect example of why you should get married again!'”

Jonas And Kate Plus 8? Kate Gosselin Takes Daughters To A Jonas Brothers Concert