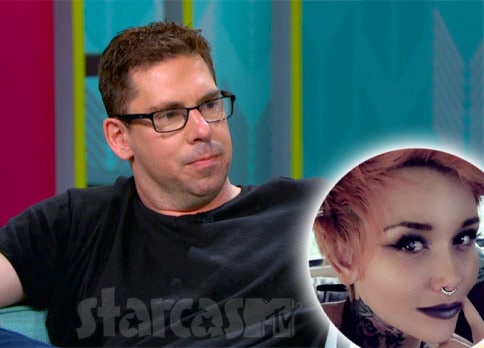 A mother of three who appeared in the “Being Matt” Teen Mom special is claiming that she had a brief affair with Amber Portwood’s fiance Matt Baier.

Tiffany Bassett, who is a recovering cancer patient, made headlines in April when she was outed as an alleged “side chick” of Baier. She tweeted at the time that she was “never with anyone romantically” when her alleged sexual encounter with Baier was said to have occurred.

During her responses on Twitter she persistently indicated that she was unable to speak freely about her involvement with Matt because of a signed agreement with the show’s production company. She kept hinting that her side of the story would come out and boy did it ever in an exclusive posted today from All About The Tea. 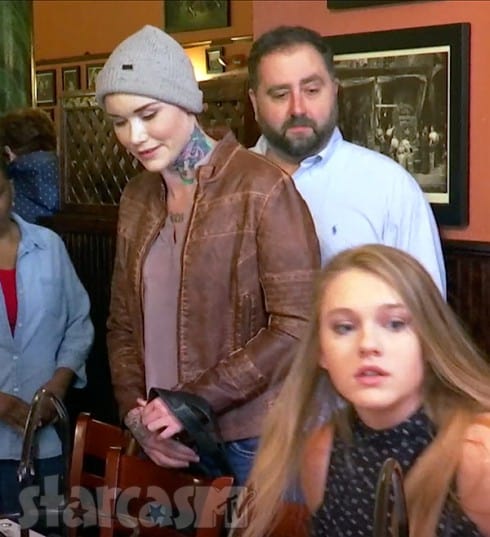 On how the tattoo artist first came into contact with Matt:

“Matt contacted me about investing in a new shop, and was interested in telling my story in the process.”

On how her communications with Matt became flirtatious:

“Matt began sending me provocative text messages, including a d**k pic. I went along with it, hoping that it would eventually pay off for my business. My motive was always business and providing for my three children.”

Yes, there actually is a post up of the alleged photograph in question. You can access that through the piece from AATT. We can vouch that it’s your pretty standard dang dang photograph and there’s nothing about the pic that would clearly identify whose member it is.

The supposed texts with it, however, are the stuff of unsolicited trouser trout image legend:

“Just took that for u.”
— Insert that uncomfortable text silence when you realize you probably made a mistake in judgment —
“Wow lol. That’s the last time I send you a sexy pic haha.”
— Insert even more unbearable text silence —
“Girl what’s up? r u mad at me? Lol.”

She says the two met up in Las Vegas with a large group that included Amber and her brother Shawn Portwood. Matt’s buddy Jeff tagged along and the idea was that it was to be a set up for Jeff and Tiffany.

On what allegedly happened when they first met in person:

“Two o’clock in the morning, Matt comes into my room supposedly to pick up some souvenirs left on the table. He just wakes me up and decides that we’re going to have sex. No warning no anything. I’m like shaking. I froze. I didn’t do anything to stop it.”

Tiffany supplied a recorded convo between herself and Matt that happened after their business plans fell through. At one point she yells at Matt about how hurt she is over how things have transpired and says, “I’m sad for you and Amber. I wish she knew that you and I f***ed.” Matt never denies cheating but it’s important to note that he never admits to it either.

Bassett goes on to express that she regrets her actions, feels bad for how it will hurt Amber, and that she reached out to a producer on the show about what she says transpired in Vegas. She added that Jeff stated that Matt had used him in a similar way to meet women on prior occasions.

“I regret the day I met Matt Baier,” she said.