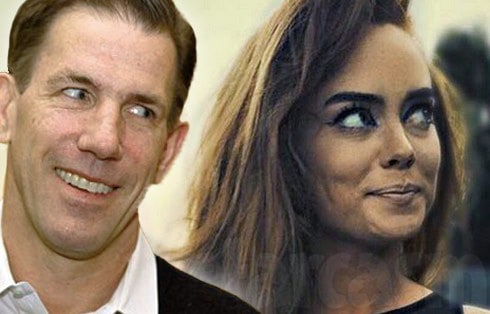 A new court filing in the custody battle between Southern Charm stars Kathryn Dennis and Thomas Ravenel reveals just how bitter and contentious the infighting has become.

Dennis, who recently completed rehab, argues that Ravenel is abusing alcohol and is taking narcotics while their two children have been under his supervision and care.

The 24-year-old mother, who shares 3-year-old Kensington and 1-year-old St. Julien with the 54-year-old former politician, also claims that he “has had illegal substances, including mushrooms and cocaine” at the house when their kids have been home. In addition, she accused him of shaving “all of his body hair prior to submitting to a hair follicle drug test.”

Dennis also argues that Thomas has convinced the children to call their nanny “mommy” and her “Kathryn.”

Dennis is seeking full custody of the children and is requesting that he pay $10,000 for each day that she’s denied visitation.

Ravenel, the former State Treasurer for South Carolina, admitted in 2007 to sporadically using cocaine. During an in-court confession in 2007 he cited his parents’ split as an unaddressed issue that led to his bad decisions. “A divorce is always hard on young children and, through counseling, I am learning that I am no exception to that rule,” he said.