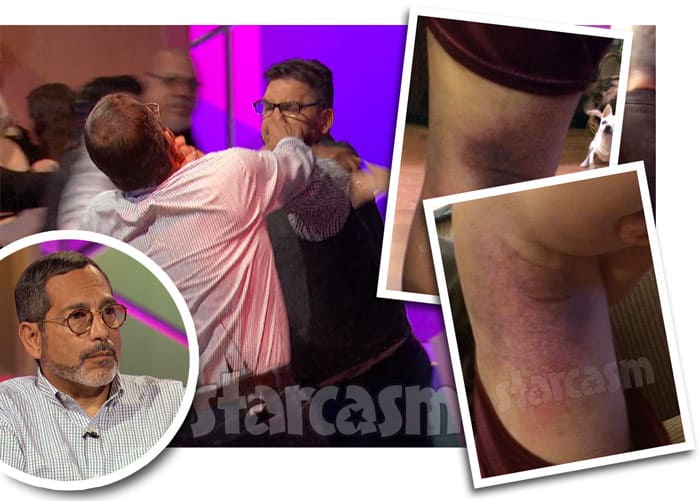 Last night’s Teen Mom OG Reunion featured an explosive confrontation between stars Amber Portwood and Farrah Abraham, with Amber actually taking a slap swipe at Farrah’s face. And while Amber and Farrah exchanged outside voice unpleasantries, it was pure chaos on the rest of the Reunion set as shocked viewers saw Farrah’s dad, Michael Abraham, go careening off the stage after being pushed by Amber’s fiance, Matt Baier. Later in the episode we saw two men escorting Matt off the stage while another man tended to Michael, who remained down on the floor.

After the episode aired, Amber Portwood came to the defense of her fiance on social media by claiming that MTV edited the footage and cut the scenes where Michael Abraham was screaming in her face and putting his hands on Matt’s throat.

We reached out to Michael to get his side of the story, and he was kind enough to not only answer our questions about the Reunion, but to also share some rather startling photos of the injuries he sustained to his leg when he was pushed off the stage by Matt.

STARCASM: It looked as though Matt knocked you completely off the stage! Did you sustain any serious injuries from the incident?

MICHAEL: Yes I did. I’m still on workman’s comp for my knee, back, and neck and have treatments multiple times a week. I’ve been in treatment for over a month.

Michael shared these photos of the injury to his leg: 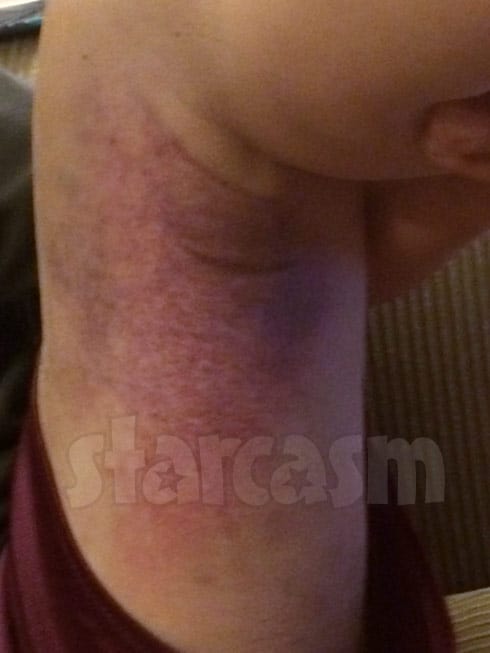 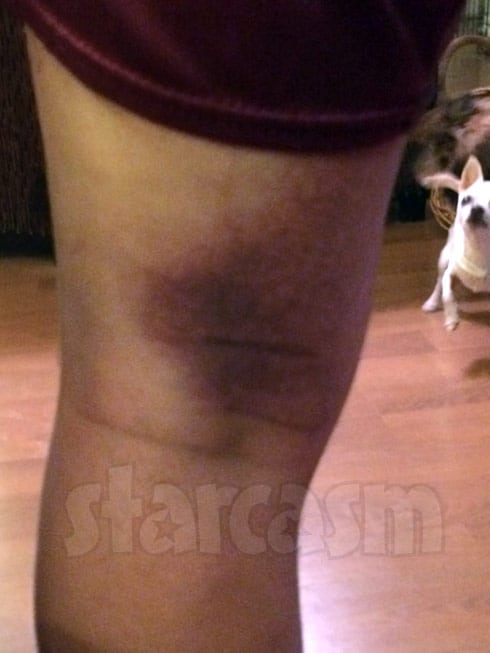 MICHAEL: Most people don’t know it, but I’m a disabled veteran for my hearing, and my right hearing aide was damaged and had to be replaced — which did not make the VA happy, and that item is still outstanding.

STARCASM: After the airing of the Reunion Part 2, Amber expressed her anger at MTV on social media for editing out a lot of what happened. She claims that you were “screaming in [her] face calling [her] a b!tch” and that you put your hands on Matt’s neck. Is that accurate?

MICHAEL: I believe MTV did not edit anything. They have no reason to do that. I did use verbal statements to draw Amber’s attention to me after Amber took the first punch at Farrah. It’s a technique that worked to protect Farrah. Note: NO ONE but Amber was throwing punches.

As for Matt, the video shows him charging at me and assaulting me. I put my hands up to protect myself and the video shows that. I was in “protective mode,” never the aggressor. Look at the video — did you see how security had to restrain him to walk him out? And how security was protecting me at that point, after I landed on the floor? 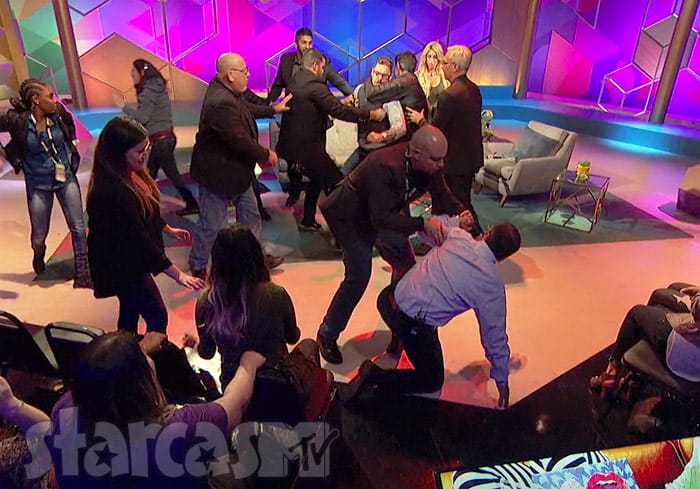 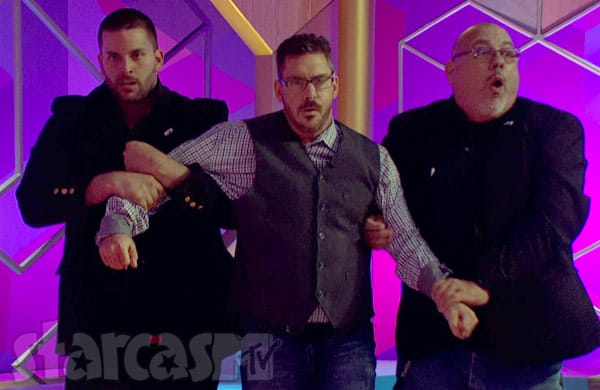 STARCASM: What do you think about Maci, Catelynn, and Amber walking off the stage to protest Farrah?

MICHAEL: Honestly, I don’t think it was called for. Amber and Matt’s actions proved it was not safe for Farrah or anyone in my family to go on stage with Amber in the current state she was in. If someone assaults you, do you put yourself back in that environment? No you don’t. Anyone else would have done the same thing to protect themselves. I don’t have any hard feeling towards these people, but walking off did not add anything positive to the incident.

STARCASM: How are things with you, Farrah, and Debra since the Reunion? Are those relationships still getting better?

MICHAEL: We are all continuing to improve our relationships between each other. I won’t speak for Debra, but I know Farrah and I are continuing personal counseling and utilizing improved communication skills to communicate in a positive and loving way. All of us want to improve ourselves and our family environment.

Thanks to Michael for speaking with us, and of course we wish him well on his recovery from his injuries. (Those Reunion shows are no joke!) We also wish him, Farrah, and Debra continued progress on strengthening their relationships.

On a side note, we reported that the MTV cameras were rolling at the grand openings of Farrah’s furniture store and her daughter Sophia’s boutique last month, and it has since been confirmed that there will be at least one more season of Teen Mom OG. It is unclear if there will ever be another Teen Mom OG Reunion show, however — at least one where all the moms are in the same building.