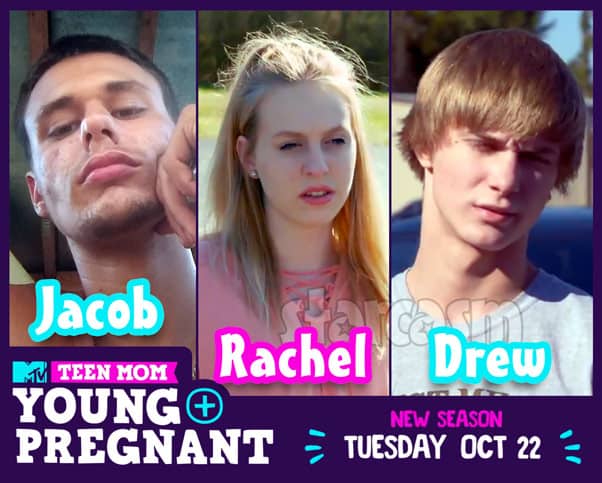 Teen Mom: Young and Pregnant returns to MTV tonight for a brand new season, and one of the two new moms being introduced to viewers is 16-year-old Rachel Beaver from Madisonville, Tennessee. As teased in several preview clips, a major part of Rachel’s story line will be the paternity of her daughter Hazelee. Is the father Rachel’s ex Drew, or is it Drew’s best friend Jacob?

“I’m Rachel. I’m 16 and I’m eight months pregnant,” Rachel says in an introductory promo clip included below. “This is Drew. My ex and my baby’s father. At least, that’s what I think. Because I’ve been on and off with him and his best friend Jacob, Drew isn’t convinced that the baby is his.”

Rachel continues to express her hopes that Jacob is the father, even though the timeline doesn’t seem to fit. “When I first found out I was pregnant, I had hoped Jacob was the father.” We then see a conversation between Rachel and her mom Steph in which she reveals that the conception date seemingly eliminated Jacob as the father.

“Jacob can’t stand the fact that I’m having a kid with his best friend, and he just doesn’t want to get attached. He’s had me blocked for almost a month now, and I don’t think he’s coming back.”

So what about Drew? Rachel is not optimistic. “I hope that once the baby is born, Drew will step up. But, it’s not looking good.”

This is Rachel. She has a lot of questions, and is waiting for answers. ?

Her journey begins on brand new season of Teen Mom: #YoungAndPregnant, this Tuesday at 9/8c on @MTV! pic.twitter.com/uSZrgQVxPF

There have been some reports that Hazelee’s father is actually a third guy, Rachel’s current boyfriend Koty. However, those claims appear to be untrue.

There is evidence from Rachel herself that suggests Jacob (MTV spells it “Jakob” and he looks to go by Jay) is Hazelee’s father. As we previously reported in our profile post on Rachel and fellow newcomer Kiaya Elliott, there was a Facebook interaction on Jacob’s profile between Rachel and one of Jacob’s family members that seemingly spelled it out.

Jacob changed his profile photo to a picture of Hazelee back in late May, which drew an irate response from Rachel. “How are you gonna have my daughter as your cover photo but then have me blocked?” Rachel wrote.

A family member of Jay’s responded to Rachel by writing: “I believe that would be BOTH of ya’ll daughter, would it not? Or have you just led him to believe that? Think about it.”

“She is our daughter,” Rachel replied. “He wont even come see us, like why? I’ve done everything I possibly could for Jay. What makes me deserve this? Think about it.”

However, in a bit of relationship drama reminiscent of the love triangle between Unexpected stars Hailey, Matthew, and Hailey 2, Rachel revealed back in July that her best friend began dating her “baby’s father.” She later clarified that she was referring to Drew!

“Who tf is with ya baby daddy cus thats definitely breaking girl code,” a friend asked. Rachel responded by revealing which friend it was before adding: “She chose Drew over me. ?”

“Damn, and y’all been kickin’ it since way back when,” another commenter wrote.

“Literally. I would never do this to her,” Rachel replied, before revealing some potential drama on the upcoming season: “But it’s cool she can get that ass whooped I done pulled up to her house & knocked on her front door. Lil b*tch hid inside ??‍♀️ but I’ll catch her out.”

According to both Drew and Rachel’s former best friend’s Facebook profiles, the two are still together. It’s unclear if Rachel ever caught her out.

So, it seems quite possible that Drew is Hazelee’s biological father, and Rachel was either misleading Jacob, or she said “our daughter” because Jacob was the one who was stepping up to fill the dad role (at the time). I’m leaning towards Drew being her real dad, but it is still unclear at this point.

After Rachel’s frustrated post on Jacob’s Facebook page in late May, it didn’t take her too long to rebound. By July, she was seeing her new boyfriend Koty, and the two made it Facebook official on July 25. Here’s a photo of the couple: 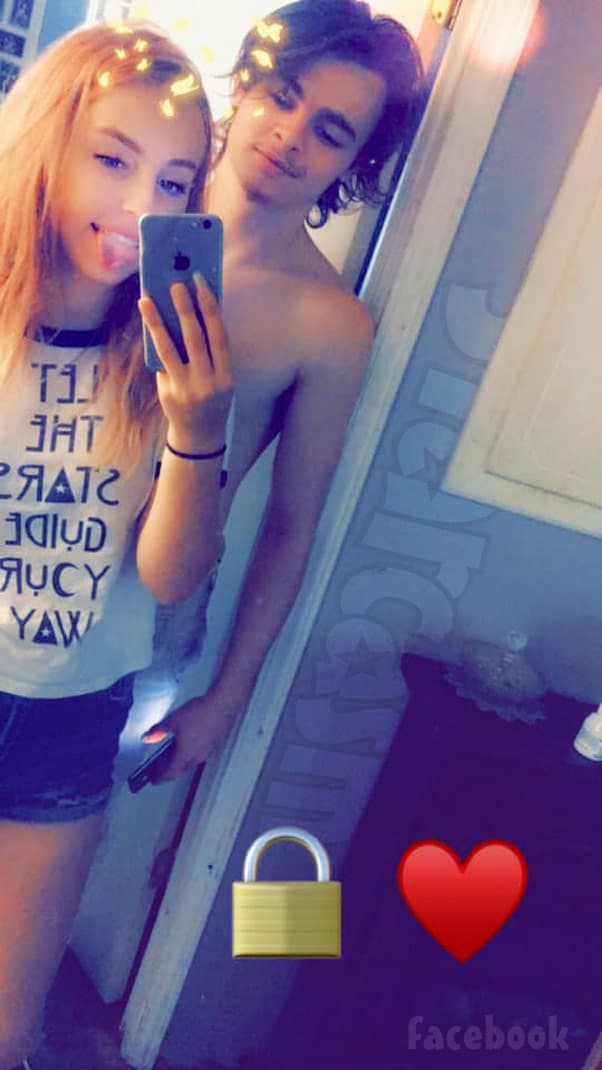 Rachel and Koty appear to still be together, with both of their Facebook profile photos being pictures of them together.

We will continue to monitor the paternity issue and will update as soon as we have a definitive answer. Meanwhile, be sure to follow along with Rachel, Hazelee, Drew, Jacob, and Koty’s story with new episodes of Teen Mom: Young and Pregnant airing Tuesday nights at 9/8c on MTV!