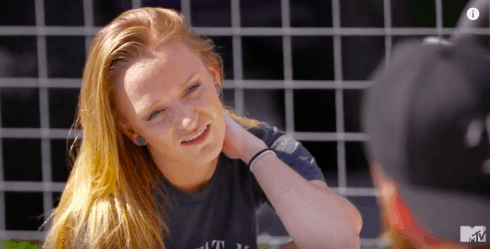 In a preview clip for tonight’s episode of Teen Mom OG, Maci and her husband Taylor discuss some serious threats Ryan Edwards made towards Taylor after Taylor ribbed Ryan on Twitter earlier this year. The altercations between Ryan, Maci, and Taylor resulted in a two-year restraining order against Ryan being granted for the McKinney family.

Ryan called Taylor and told him he would “put a bullet in his head” and “shoot up the house” where his son Bentley lives because Taylor tweeted some shade that Ryan still needs his a** wiped even though he’s 30-years-old. 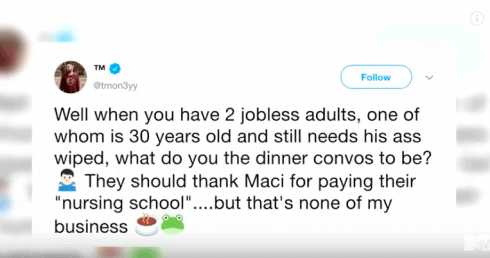 Ryan’s extreme reaction to a simple social media beef had some seriously extreme consequences. Although Ryan can still be around his son Bentley, he can no longer be within 100 feet of Maci, Taylor, or their two children together.