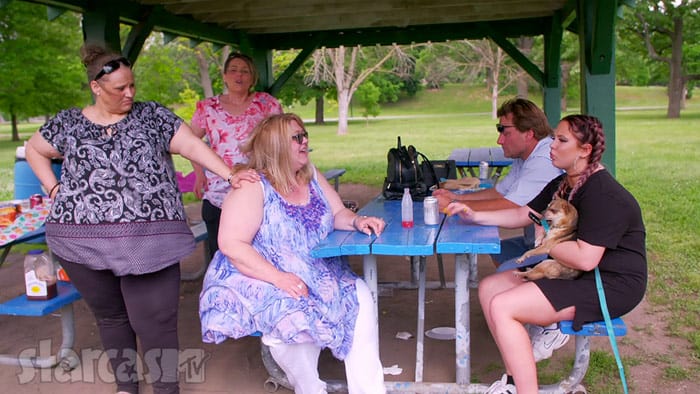 It appears as though Teen Mom: Young and Pregnant star Jade Cline and her family are following in the footsteps of Teen Mom OG star Farrah Abraham by opening their own restaurant! Unlike Farrah, Jade also revealed that she and Sean have been talking about possibly expanding their family with a second child!

First, the restaurant news. Jade teased the big announcement with a family photo on Instagram, which she captioned by writing “BIG NEWS TO REVEAL!” In her Instagram story, Jade shared some more info about the business venture.

“My grandma and papaw are the owners and staff is me, Sean, and our whole immediate family!” she wrote, in addition to revealing that the restaurant will be located in Greenwood, Indiana. (The announcement must be extra exciting for the family as it comes just two months after Jade’s grandmother was diagnosed with cancer. She later had surgery to remove the masses, and Jade boasted that the procedure was completely successful and her grandmother is cancer free!)

Jade also spoke with Champion Daily and provided more details about what everyone’s role will be, the name of the restaurant, and when it will open!

“It’s is called Sanders Family Kitchen,” Jade tells the site. “We are in the remodeling process, and currently buying new equipment. The menu has already been created and the license has already been granted.”

So what’s the timeline as far as when they expect to open the doors? “We don’t have an official open date set yet,” Jade says. “We are shooting for February 1st, but it is not in stone yet!”

And what will Jade and Sean be doing? “I will be serving tables and also will be manager. Sean will be hosting/being the cashier.”

Jade is no stranger to the food industry as she launched a short-lived baking business in September called Cakes By Jade. According to the Instagram account, Jade stopped taking orders on November 3. It’s unclear if the new restaurant plans to feature desserts by Jade, but I assume that it will.

Jade announcing a potential career in the restaurant biz will surprise a lot of her fans as she has previously stated her interest in becoming a cosmetologist. But, according to a new YouTube video uploaded by Jade on Monday, she is still working towards her beautician goals. “Right now I’m enrolled in cosmetology school full-time, so I plan on being a hair stylist,” Jade says. “But I also see myself in the future traveling, doing makeup, possibly doing hair. I really want to get into a different trade with cosmetology. I don’t want to stick to just doing hair because there’s so much more in the field to do.” 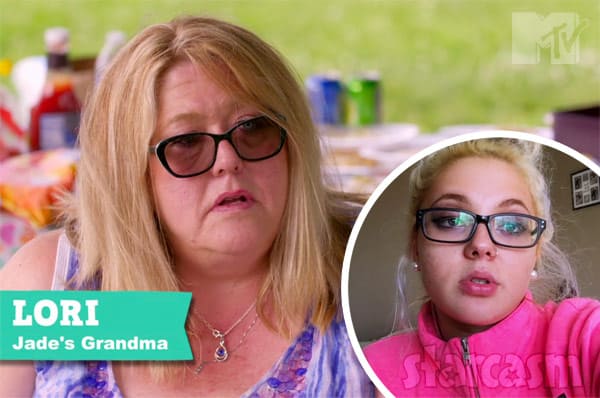 After Jade teased the restaurant by telling her followers that she was going to be making a “big announcement,” many were guessing that Jade was pregnant again. Jade cleared that up real quick by assuring everyone she is not pregnant — but she also hinted that she could be soon! “I’m not pregnant,” she wrote in a text graphic on her Instagram story. “Me and Sean have just discussed having a second child because he really wants a son and wants our kids close in age. ?”

Getting back to the restaurant, I did a little Googling and was unable to track down a location. I did, however, find out that there used to be a restaurant with the same exact name just up the road in Franklin, Indiana. That was back in the 1970s, though, so I doubt the two are connected.