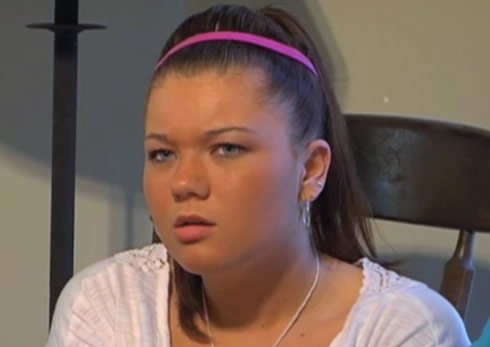 Teen Mom Amber Portwood was sentenced to 5 years in jail by an Indiana judge after having requested that the courts do as much.

If you missed the previous report on Amber, she shocked her attorney and the court by requesting to be re-sentenced. Her original sentencing stemming from her physical assault of Gary Shirley, which was aired on MTV, was for five years but she was shown leniency by the courts at the time.

She was given the option to complete a drug court rehabilitation program as part of a plea agreement to avoid jail but it proved to be too much and now Portwood has received her wishes in court today.

Her attorney requested for yet another showing of leniency but the judge was having none of it acknowledging that he had no choice but to enforce the terms of the prior plea agreement.

Amber will be given credit for time served. The judge has referred Portwood to the Indiana Department of Corrections therapeutic community program which is an incarceration-based treatment program.

Our thoughts are with Amber and her family, especially her daughter Leah and we’re hoping that through all of this Amber will receive the help she needs and be able to one day lead a healthy and productive life.