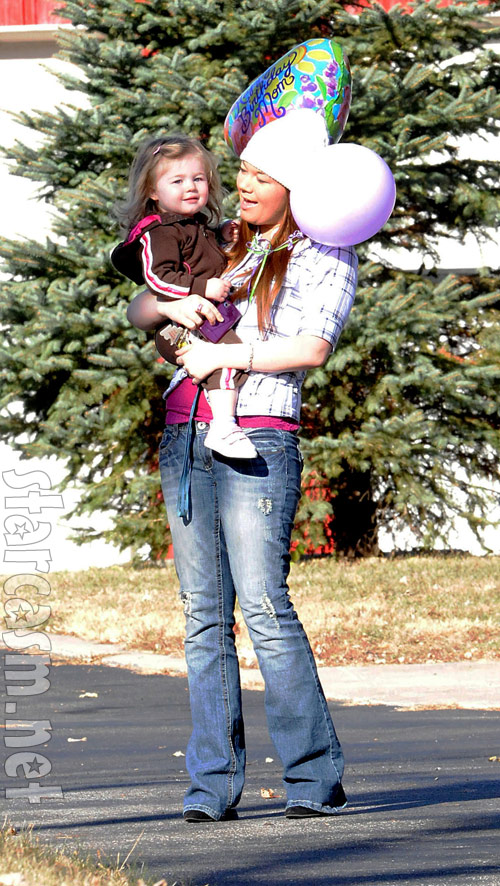 An article in the most recent issue of Life & Style claims that Teen Mom Amber Portwood has “three new men in her life.” From L&S:

“Shane [Butts] agreed to come over to her house, but he brought a group of friends,” an insider tells Life & Style. “He’ll be on at least one episode, maybe more. He and Amber are getting to know each other right now.” But Amber’s gotten a lot more intimate with Shane’s good friend Sam Jack. “Amber has hooked up with Sam,” the insider tells Life & Style. “They’ve slept together.”

And on Oct. 29, Amber went to a house party, where she proceeded to make out with 20-year-old landscaper Jesse Austin, Shane’s roommate. “They were dirty dancing,” says the insider, who was at the party. “She’s made it pretty clear she doesn’t want to be tied down to one person. She says she wants to date around.”

Amber Portwood talked with Lisa Chudnofsky of the MTV Remote Control Blog for an exclusive interview to address the allegations. The interview gets right to the heart of things with the very first Q&A:

No, I’m not dating any of them anymore. Sammy is the one I was actually talking to–he’s a nice guy, but in the end, we stopped. Shane and I went out one night and had dinner together. It was pretty much just getting to know each other. At the end of the night, I gave him a hug goodbye, but I never even kissed him. Now we’re just friends, or more like acquaintances. And I never made out with [Shane’s housemate] Jesse at their party. I did dance with him, but it wasn’t ‘dirty dancing.’ I just danced like a regular person in the club. I didn’t make out with him or anything. I don’t know where those [hooking up] rumors could come from. Maybe the people at the party were talking trash.

Shane Butts contacted us to clarify a couple things, stating that “Sam met her first, then she tried to holla at me and then she made out with Jesse!!!” He also wanted to point out that he isn’t “unemployed” as some sites are stating. “I just closed down my bar and now I’m just looking for a new investment!!” Shane says.

Amber addresses other questions in the Remote Control interview including whether or not she’s dating someone new, who’s taking care of Leah, whether there’s any chance of a reconciliation with Gary and if she has started krav maga again. CLICK HERE to check it out!