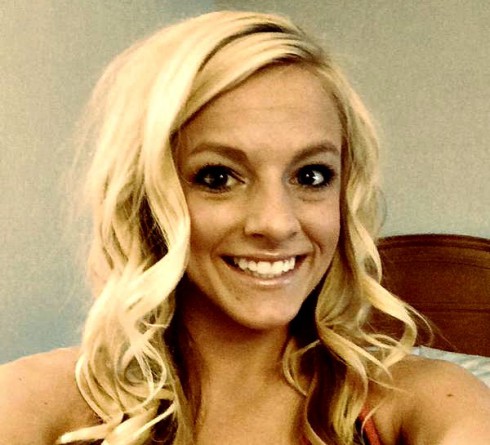 Teen Mom 3‘s Mackenzie McKee is off to a busy start this month! Not only did she record her first song, but she also splurged on the breast implants she’s talked about wanting for so long.

As you may remember, Mackenzie launched a questionable crowdfunding campaign on MyFreeImpants.com last month for — you guessed it — a boob job. After criticism from a number of people, including Farrah Abraham, Mackenzie ditched the idea while she was still far short of her original $5,000 goal.

Somehow, though, TMZ‘s newest sweetheart pulled the money together and went under the knife last week! (It undoubtedly helped that she sold the exclusive photo rights.)

Following her upgrade from smaller-than-A-cups to manageable 36Bs–and a notably speedy recovery–Mackenzie thanked her surgeon for his work:

I want to think Dr. @NealHandel out of Santa Barbara, he did an awesome job and I love them http://t.co/0GH0B4WTwX

It was such a pleasure meeting @DouthitKenzie ! We are thrilled with how amazing she looks! https://t.co/zETmDK0AXO

While she was out in California, Mackenzie also stopped by a recording studio to record a song written by Adam Barta. (Despite Farrah’s diss, she and Mackenzie actually have a lot in common: Mackenzie’s now repped by Farrah’s former PR person, Gina Rodriguez, and Adam wrote the infamous Blowin’ for Farrah.) Mackenzie’s song, “The Sweetest Treat,” will be available soon, with 50 percent of proceeds going toward diabetes research.

“Not a great singer at all so I chose do a little rappin,” she said last week. “But the reasoning behind it is pretty special to me. Check it out on iTunes and get educated just by listening to it about the disease millions of people suffer with daily including myself.”

After the busy week out west, Mackenzie returned to her family this weekend, and made a point of letting fans of her new figure know she’s still a taken woman.

“Home with my babes,” she said of a picture of husband Josh McKee. “You best believe I loved and kissed all over that this morning .. #wedontdowellwithouteachother”

THROWBACK Ariana Grande looked like a different person in 2008