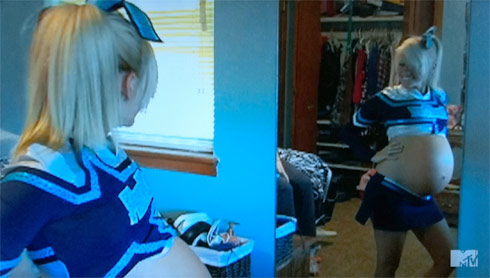 Yesterday MTV unveiled a two-minute preview trailer for the upcoming fourth season of 16 and Pregnant and last night during the Teen Mom 2 Finale Special with Dr. Drew the network showed two additional commercials with footage not in the preview trailer.

One of the commercials was entirely about Mackenzie Douthit, the blonde cheerleader whose baby daddy Josh looks to be involved in a serious car accident during filming. The fact that Mackenzie got her own commercial leads many to believe (including this blogger) that it will be her episode that kicks off the new season on March 27.

UPDATE – CLICK HERE to read our profile on Mackenzie including numerous photos, the commercial for her episode, and lots of background info on her, her fiance Josh, and their son Gannon!

The second commercial includes a number of the girls and reveals a little bit more about Kristina, whose fiance looks to have died while MTV was in the process of filming – sure to be one of the most heart-wrenching and emotional episodes of 16 and Pregnant ever. My guess is that the network will conclude their fourth season with Katrina’s story.

Here is a photo of Kristina and her fiance from the clip: 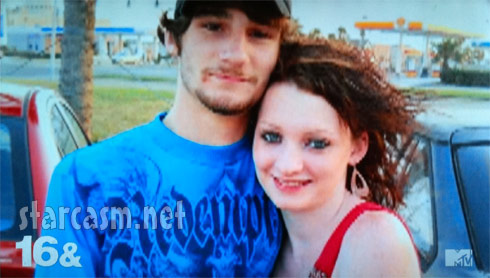 For more info on the girls featured on 16 and Pregnant Season 4 be sure to check out our post on all 12 cast members – updated often as new information comes in. Includes links to our previous profiles of the handful of girls we knew about before the trailer was released.