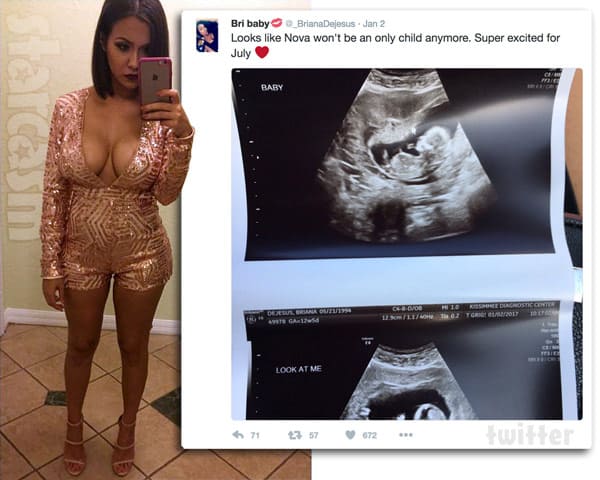 Just one year after having vaginal reconstructive surgery (and a few other procedures), Teen Mom 3 star Briana DeJesus is going to be putting Dr. Miami’s handiwork to the test as she has just announced she is pregnant with her second child and due in July!

Briana broke the news yesterday on Instagram and Twitter with a couple of sonogram photos along with the message “Looks like Nova won’t be an only child anymore. Super excited for July ❤” (Of course, Briana is referring to her now 5-year-old daughter Nova.) She revealed that she is currently 13 weeks along. 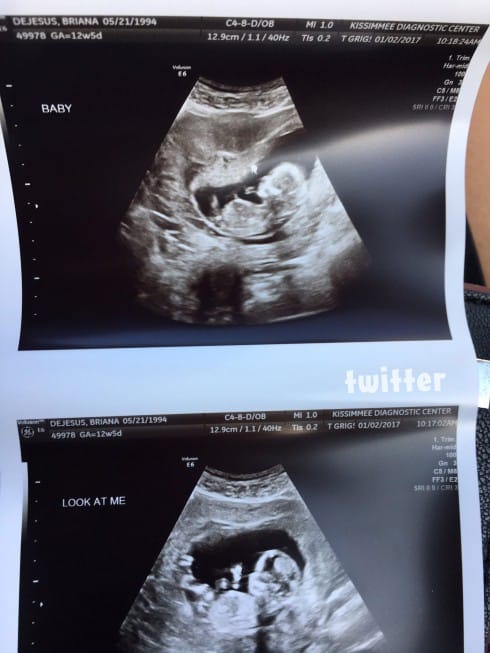 Joining in on the congratulatory excitement was Briana’s sister Brittany DeJesus, who shared this great photo of Nova revealing she is going to be a big sister on Instagram:

On a previous photo of Nova from the same shoot, Brittany wrote “Adding one more to the bunch! ?I’m excited to meet my new niece or nephew ❤❤❤”

Speaking of niece or nephew, Briana has revealed that she currently does not know the sex of the baby but is hoping for a boy. Also not known (by us anyways) is the identity of the baby’s father. 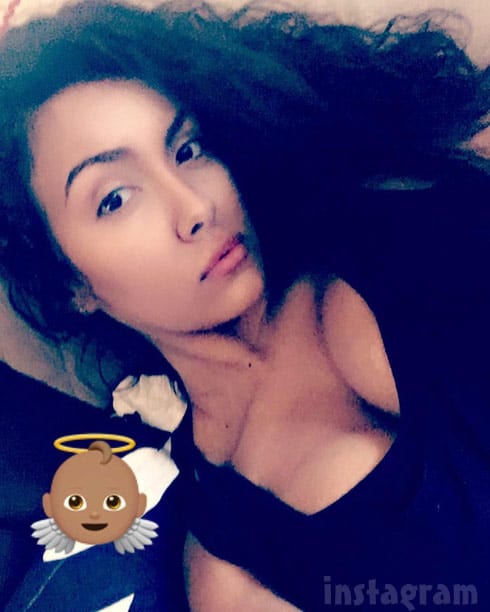 Also responding to her pregnancy announcement were Briana’s Teen Mom 3 co-stars Alex Sekella, Katie Yeager and Mackenzie Douthit — the latter two of which are quite familiar with additional pregnancies as Mackenzie gave birth to her third child (son Broncs) back in August and Katie Yeager is currently pregnant with her second child and due in March. Here are their reactions, plus a couple more from people MTV viewers will recognize:

@Katiebyeager I know. How exciting

Omg I'm so excited for my MTV sisters @Katiebyeager and @_BrianaDejesus to both have beautiful babies this year. Your turn @OfficialSekella

@DouthitKenzie @Katiebyeager @_BrianaDejesus haha congratulations guys l know they will be gorgeous. I'm sure my time will come

Congratulations @_BrianaDejesus !!! I guess the turn up in Miami can be at chucke cheese and baby's r us so uncle jav can spoil ????

Lmao I hate u so much??? thanks tho https://t.co/ZxXEEuF8Uc