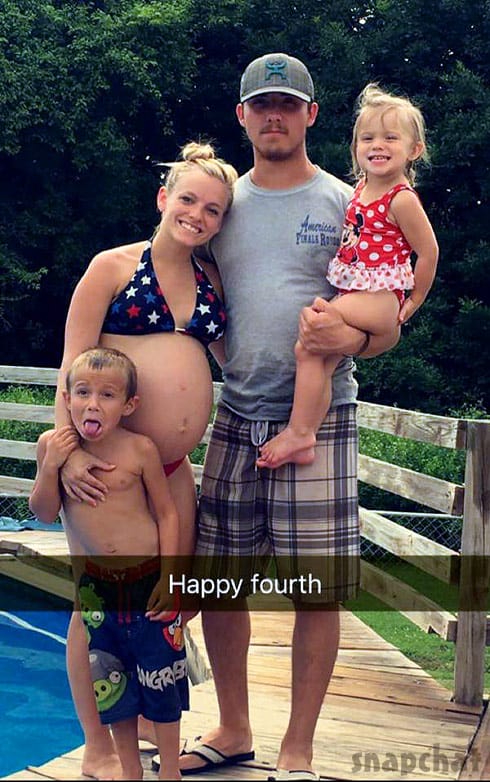 Teen Mom 3 star Mackenzie McKee revealed that she is pregnant again with her and husband Josh McKee’s third child back in April, and that was followed the next month with the announcement that they would be having a boy. (Mackenzie later uploaded their super fun gender reveal video on Youtube, which has since garnered nearly 150,000 views!)

With only four weeks to go in her pregnancy, Mackenzie recently shared some more photos of her growing baby bump, and she announced to her fans the name she and Josh have chosen for their baby boy! And the name is……

The unusual name is clearly a rodeo reference in honor of Josh, and the fact that it is a homonym for a New York City borough only makes it that much more hip! 😉 Broncs joins older sister Jaxie and older brother Gannon as the youngest member of the McKee family. 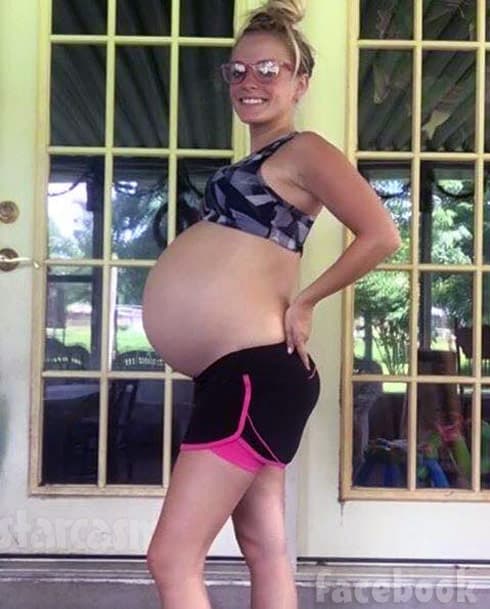 Mackenzie has stated numerous times that Broncs will be her last child, due in large part to her diabetes and the potential health risks and complications the disease can cause during pregnancy. Although Mackenzie has remained extremely positive throughout her current pregnancy publicly, on her personal Facebook page she revealed back in June that she was having some extreme difficulties.

But, Mackenzie appears to be doing great now as her third and final finish line draws VERY close! And speaking of the number three and “very close,” Mackenzie and husband Josh recently celebrated their third anniversary, and Mackenzie honored the occasion with this message on Instagram:

Today, me and this cowboy celebrate 3 years of marriage. Happy anniversary babe. You teach me something new about myself every day. You have shown me a lot of love, patience, and forgiveness in this marriage even on the days your not sure how to handle me. With lots of prayer we have made it through storms together. I love you @joshmckee28 I can’t wait to see what God has in store for us in our future. 3 down, a life time to go ? 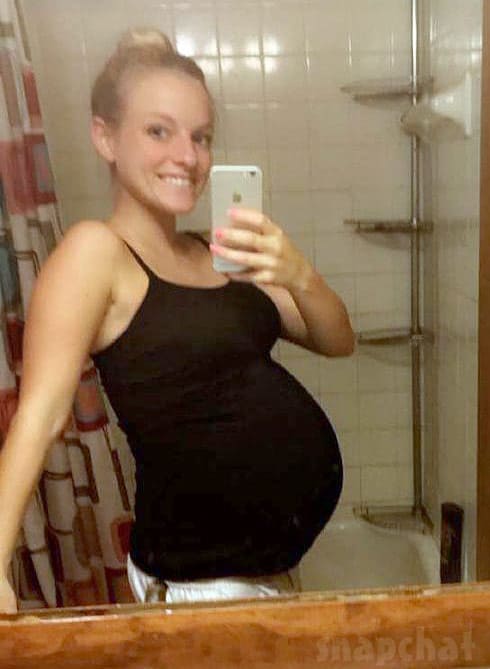 Congratulations to Mackenzie and Josh for overcoming the odds by staying together and building a family after a teen pregnancy. We cannot wait to meet Jaxie and Gannon’s little brother Broncs, and can’t wait to see Mackenzie back in training and back on the fitness competition stage!