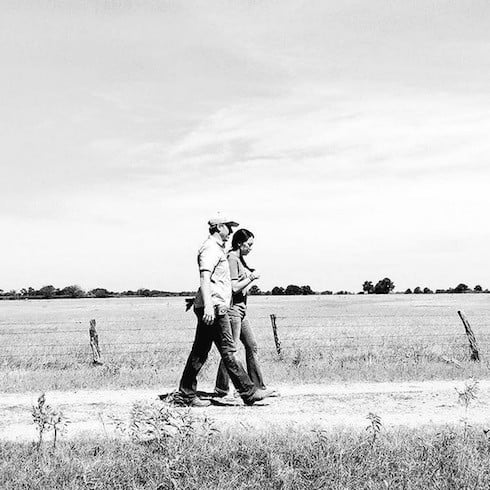 New episodes of Fixer Upper‘s current season are scheduled to air well into the spring, but the work never stops for Chip and Joanna Gaines. The first family of HGTV recently announced they’ve resumed filming for the show, and teased the Fixer Upper Season 5 release date along with a preview of what fans might be able to see when the next season airs.

The Season 5 announcement came in typical Gaines fashion: low-key, without prior fanfare, and courtesy of a delightful Instagram shot featuring both Chip and Joanna:

As for the Fixer Upper Season 5 release date, we may have cracked HGTV’s code well ahead of when the network intends to start airing the show again. As we reported several months ago following the official confirmation of the Season 4 airdate, the network likes to begin new seasons of the show on the Tuesday following Thanksgiving. It did so with both Fixer Upper Season 3 (which premiered on December 1, 2015) and Season 4 (which began on November 29, 2016). If that pattern holds true, Fixer Upper fans should expect to see the first episode of Season 5 on Tuesday, November 28, 2017.

Leaving this year with hearts full. Excited about the adventures that await in 2017. #letsdothis

Of course, that’s just speculation. It’s entirely possible that HGTV will change up its formula and try for a quick-release summer season of Fixer Upper, or do something else entirely. But one other thing we do know about the coming episodes is that they’ll likely feature even more and bigger changes to the show. Joanna recently revealed a couple of enticing tidbits over on her Magnolia blog. According to her, both a Fixer Upper-themed cafe and a top-to-bottom renovation of the Magnolia Silos are in the works

We have some cool new projects coming that we will keep you updated on as we make progress. Our new restaurant is opening in 2017 which will serve breakfast, brunch and lunch. Chip has wanted a breakfast joint for years and he finally found the perfect spot for it, and I’m not going to lie, he is also super excited about serving ham sandwiches and bacon. The Elite Cafe was one of the oldest restaurants in Waco, but it closed down last year and we are excited about bringing it back to life.

We are going to finally tackle the renovation of the actual Silos! We are finalizing all the architectural details and are planning to start in the next couple of months. If you have been to the Silos you’ve probably seen Chip’s tiny little corner or you may have missed it because it’s that small. He will finally get his hardware/general store that is going into one of the Silos. Our goal is to have that project completed by the end of next year. 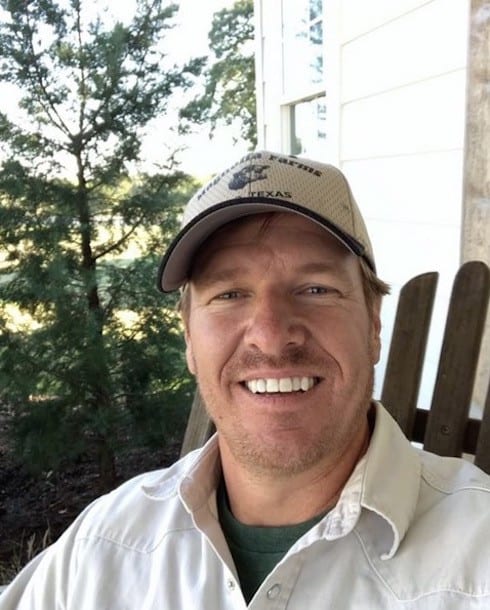 And Chip just published what may well prove to be a major bombshell about the direction of the show. He took the opportunity to address the recent Fixer Upper scandal involving the pastor of the Gaines’ church and his inflammatory rhetoric regarding homosexuality. (Click here for our complete report on the matter, including Chip’s initial response imploring fans to “Do everything in love.”) And, in doing so, Chip appeared to make it clear that he, Joanna, and the whole Fixer Upper family intend to treat people as individuals first and foremost. His post suggests that Fixer Upper may begin renovating more than just houses. You can read the original here. The following is a condensed version:

This past year has been tough. In my lifetime, I can’t recall humanity being more divided. Plenty of folks are sad and scared and angry and there are sound bites being fed to us that seem fueled by judgement, fear and even hatred. Jo and I refuse to be baited into using our influence in a way that will further harm an already hurting world, this is our home. A house divided cannot stand.

If there is any hope for all of us to move forward, to heal and to grow – we have got to learn to engage people who are different from us with dignity and with love. Joanna and I have personal convictions. One of them is this: we care about you for the simple fact that you are a person, our neighbor on planet earth. It’s not about what color your skin is, how much money you have in the bank, your political affiliation, sexual orientation, gender, nationality or faith. That’s all fascinating, but it cannot add or take away from the reality that we’re already pulling for you. We are not about to get in the nasty business of throwing stones at each other, don’t ask us to cause we won’t play that way.

In 2017: We have decided to change the conversation.

You wanna talk about how to build bridges between people that disagree? We want to be a part of that conversation. Do you want to talk about healing and compassion and kindness and restoration? We’re in the restoration business, we can for sure make time for that….Jo and I feel called to be bridge builders. We want to help initiate conversations between people that don’t think alike. Listen to me, we do not all have to agree with each other. Disagreement is not the same thing as hate, don’t believe that lie….Our family wants to fight for a world that knows how to lovingly disagree. We believe it starts when we operate from a position of love in all things. If your position only extends love to the people who agree with you, we want to respectfully challenge that position. We propose operating with a love so real and true that you are willing to roll up your sleeves and work alongside the very people that are most unlike you. Fear dissolves in close proximity. Our stereotypes and vain imaginations fall away when we labor side by side. This is how a house gets unified.

Think about it for a minute: This could be one of the greatest restoration stories of all time.

Who’s ready to get to work?