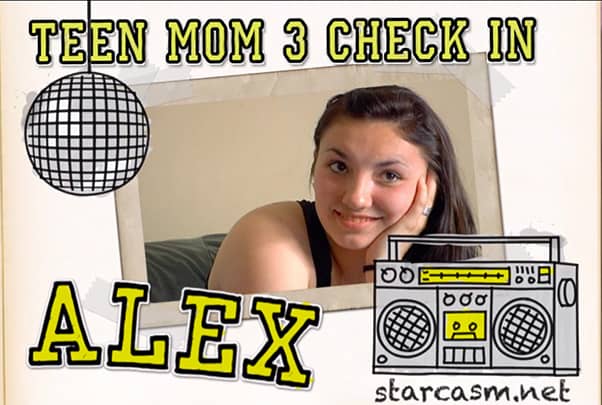 Congratulations to former Teen Mom 3 star Alexandria Sekella as she just revealed she is currently pregnant with her second child, her first with husband Tim Peters!

Alex made the reveal with a couple of Instagram photos posted on Saturday. In the photos, she is posing with husband Tim at what looks to be a wedding, and Alex is CLEARLY showing with a sizable baby bump. “My forever wedding date,” Alex captioned the gallery.

Alex didn’t reveal anything about her pregnancy in the gallery caption or in the comments. As a result, it’s still unclear when she is due and whether or not she is expecting a boy or a girl.

In case you missed it, Alex and Tim got married in April of 2020 after dating for roughly five years. Here’s a gallery of wedding photos shared by Alex soon after their ceremony:

Once Alex welcomes her second child, that will leave Farrah Abraham as the only mom from the original three Teen Mom shows (Teen Mom OG, Teen Mom 2 and Teen Mom 3) not to have another child. There are multiple moms from Teen Mom: Young and Pregnant with just one child. I have no idea about Teen Mom: Young Moms Club.

The Peters’ new arrival will join 10-year-old big sister Arabella in the family. Yes, it’s been more than a decade since Alex started filming for her MTV debut on 16 & Pregnant! Here’s Arabella’s 4th grade photo posted by Alex in November:

If you’re curious about Arabella’s dad, Matt McCann, we haven’t had an update for a while. After Matt and Alex broke up, he seemed to be on the right track. After celebrating three years of sobriety in May of 2015, Matt married Lakota Koch at a small ceremony in Idaho in December of that year.

The McCanna’s welcomed their first child together, Matty Jr., in January of 2016. By May of 2016, Matt had reportedly left his wife and was using drugs again.

Lekota has since moved on from Matt with another man named Tylor. The tow have a daughter together and Lekota is currently pregnant with a boy due in February.

UPDATE – Lakota reached out to us and shared a link to a Facebook post she made in June. In the photo, Matt and his son Matty can be seen from behind walking hand-in-hand. Here’s is Lekota’s caption:

If you told me a year ago that I’d be hanging out with my ex husband Matt McCann, his girlfriend and our son together weekly, I would have laughed. If someone would have told me a year ago, that my partner and I would be co-parenting with my son’s dad, I would have called them delusional. Yet, here we all are. Doing day trips together. Making sure Matty feels loved by all of us. Putting him first. Being adults.

The past is the past for a reason. The more people who love my son, the better. Matty deserves to have all of his family in his life.

Congratulations again to Alex and Tim! Hopefully they will share a little more information soon.