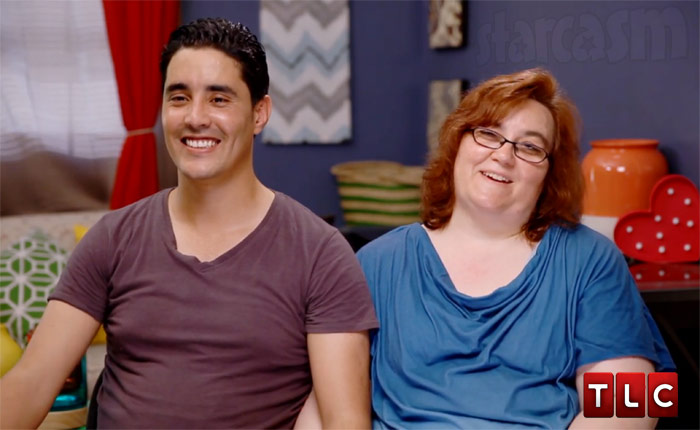 We’re only three episodes into the second season of TLC’s popular long-distance romance reality series 90 Day Fiance featuring six individuals visiting the US on K-1 visas, which give them 90 days to either marry their significant other, or pack their bags and head back home. As you might imagine, these relationships often cause friends and family members (and TV viewers) to question the motives of those who might just be in it for their green card, and no other Season 2 couple has raised more eyebrows than Danielle and Mohamed.

Here is the intro video to the couple:

In addition to their 15-year age difference (Danielle is 41, Mohamed 26), there is also the fact that Danielle has four kids — one of which is only five years younger than his potential new step-dad. Here’s a video clip in which Danielle and Mohamed discuss the first meeting between him and her oldest son:

Mohamed is from Tunisia and if you search for “Tunisia men marriage” in Google images the results are a little disconcerting in that there are several featuring younger, Tunisian who have married women from other countries. The photos link to stories (mostly British) with headlines like:

‘Give my toyboy a visa’, pleads real life Shirley Valentine: Woman who moved to Tunisia to marry her Facebook lover is broke and wants to move back to Britain with him

Just for fun I tracked down Mohamed’s Facebook page, and here are a couple of his photos prior to taping 90 Day Fiance: 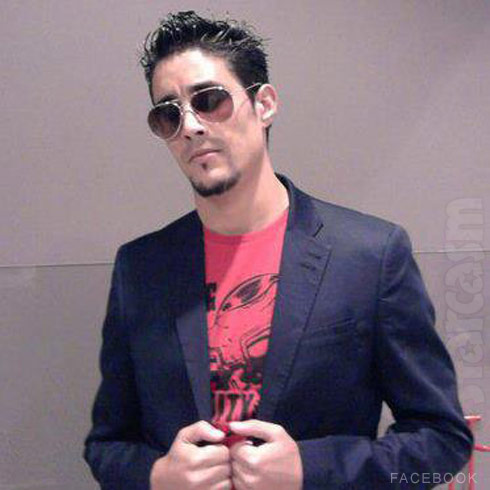 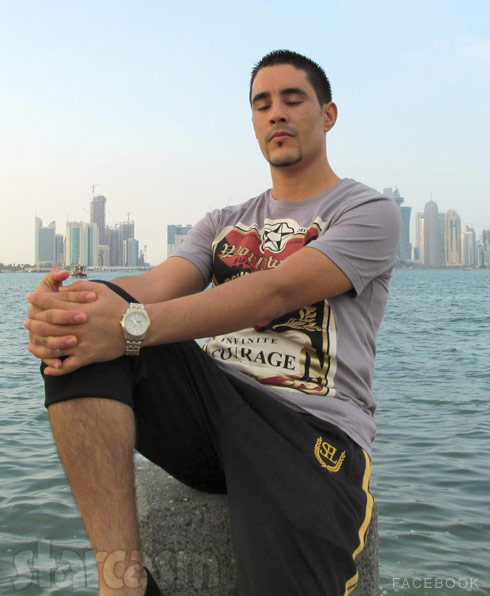 So, the big question is: Did Danielle and Mohamed get married? 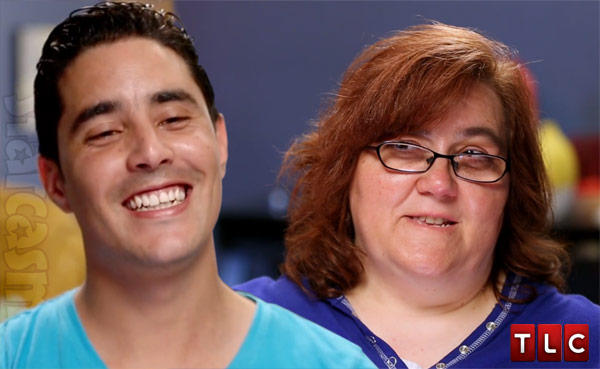 During the K-1 visa application process, Danielle made several posts in an online forum for people going through the process, and she eventually spilled the beans on whether or not they got married (as well as some financial issues she was dealing with).

Danielle
March 20, 2014 – 02:57 PM
My fiancee had his interview Feb 6. We are in administrative processing its been 6 weeks when we check website there has been a update every week. We both are getting frustrated we want to be together and start our life. Any else having same problem? How long can they keep you in adminstrative processing?

Forum Member
March 20, 2014 – 03:32 PM
Unfortunately, there is nothing that can be done. Just wait, the most hardest part! We are also in ap for 14 months now, so I can perfectly understand what you feel. 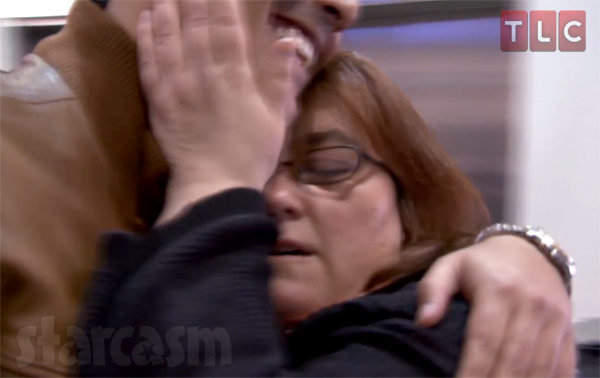 Danielle
July 25, 2014 – 02:24 AM
We got married July 9 and we need to fill papers out for adjustment of staus, but I lost my job the end of May so we are having some fincial problems. How long can you wait to do the the adjustment of status paper work. Can you get fees waived?

Forum Member
July 25, 2014 – 04:49 PM
Fees are not waived, sorry. Ideally you should file as soon as possible which means being able to pay the applicable fees and possibly have a co-sponsor for the I-864 Affidavit of Support I-864.

Danielle
August 19, 2014 – 06:18 PM
We got married July 9 and have had some money issues, is it ok for spouse to do odd jobs making some cash like mowing lawns or things like that to help get money for adjustment of status?

So there you have it! Danielle and Mohamed got married on July 9, which is verified by this online K-1 visa tracker: 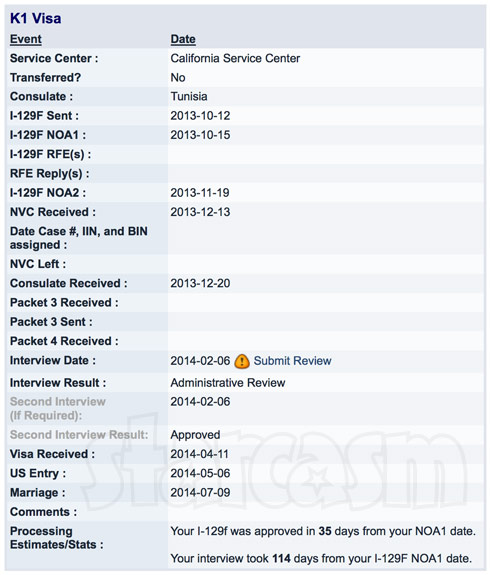 UPDATE – We’ve also done some research and discovered for sure whether or not Danielle and Mohamed’s co-stars Danny and Amy (from South Africa) have tied the knot! Just click the link to find out! Oh, and we’ve also got the scoop on Chelsea and her Nicaraguan pop star fiance Yamir!

And in case you were curious about the K-1 visa procedure (I know I was), here is some info from Wikipedia:

Keep up with Danielle and Mohamed as well as the rest of the 90 Day Fiance Season 2 cast every Sunday night at 9/8c on TLC!