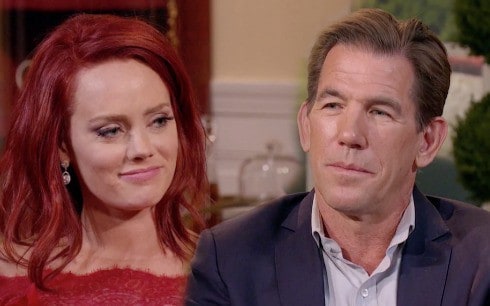 Since the moment they met, the chemistry between Thomas Ravenel and Kathryn Dennis has been palpable. Their rollercoaster romance has resulted in two children, nasty court battles, and various make ups & breakups along the way.

Despite Kathryn’s stint in rehab and Thomas maintaining custody of their children, the pair ended the most recent season of Southern Charm on friendly terms. By the time the reunion rolled around, however, it was obvious there was plenty of sexual tension brewing.

Andy Cohen called them out and neither Kathryn nor Thomas were able to deny it.

If you’re a longtime fan of Southern Charm, you’ll know this isn’t the first time sparks flew between the couple at a reunion. In fact, Thomas and Kathryn had a post-reunion hook up after season two that resulted in the birth of their second child.

Well, it looks as though old habits die hard. 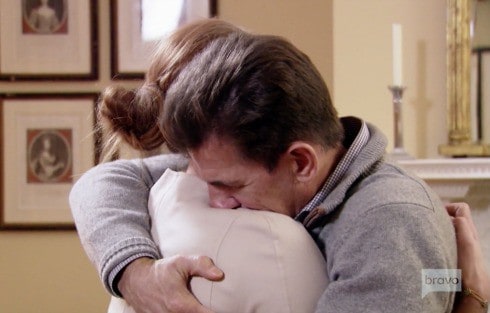 During a recent interview with Be Here for a While with Rachael O’Brien, Kathryn revealed that she and Thomas hooked up following the season four reunion!

“I have never told anyone this, but after this year’s reunion or whatever, you know how in the past we’ve hooked up afterwards? That happened this year, and this is the first time I’m saying it.”

Kathryn went on to share more details about her convoluted relationship with the former politician, and admitted there’s a lot that goes on behind the scenes.

When questioned whether or not she thinks they will ever officially get back together, her initial reaction is “no” but she goes on to explain more.

“I mean, I’ll never say [we’re done for good], because lord have mercy, we have said that so many times in the past. And when we’re around each other, like just like after the reunion, we immediately gravitate towards each other. There’s this like this look that we get. There’s still that attraction,” Kathryn explained. “He can charm me, but I realize it’s, like, a temporary type of intention. I don’t know if that makes sense, but it’s only for that moment. After that, he’s gonna continue doing what T-Rav wants to do. And that’s OK.”

She reflected on her relationship with Thomas and pinpointed the main reason she says it didn’t work out. “It wasn’t me that was the sole reason for our relationship’s demise,” she said. “It was just simply he cannot provide the relationship I think that I need.”

Throughout the interview, Kathryn shares other details about her time on Southern Charm including how she came to join the cast, who she keeps in touch with off-screen, and what she likes to do when she’s not filming.

You can listen to the full interview by clicking here. Fast forward to the 40 minute mark if you’re anxious to hear Kathryn spill all the tea on her relationship with T-Rav.