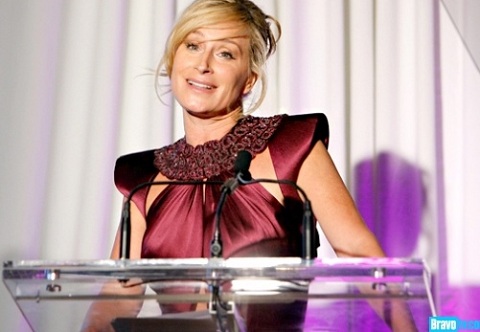 Sonja Morgan is getting ready to hit it big, and we mean BIG — at least  that’s what she is hoping! The Real Housewives of New York star is determined to build a successful empire and be even bigger than her former co-star Bethenny Frankel. Go hard or go home, right? If there’s anyone Sonja should look up to while building her brand, it should be Bethenny!

Sonja even wants to follow in Bethenny’s talk show footsteps. “I want my own kitschy daytime show where I can talk about everything from stain removers to Botox. I’ll be bigger than Bethenny, because I’m hungrier than her now.” Sonja is currently running a catering company, selling toaster ovens and working on her own cookbook.

“[Bethenny] used to tell me that my bathroom was bigger than her whole apartment, but now she’s built an empire.” Sonja tells Star Magazine. Bethenny currently lives in an apartment in Tribeca which she bought last year for $4.9 million. The 3,000 sq. feet pad’s price tag barely put a dent in her massive fortune. Bethenny sold her Skinnygirl brand to Fortune Brands’s Beam Global in April 2011 for an estimated $120 million!

Sonja sure has her work cut out for her, and she knows it. In fact, she is so determined to be a success that she has even given up sex! “I had to tame the cougar in me like a wild circus animal in order to get back to my inner kitten,” she explains. “I’m focusing on my business ventures, and I feel independent and secure.”