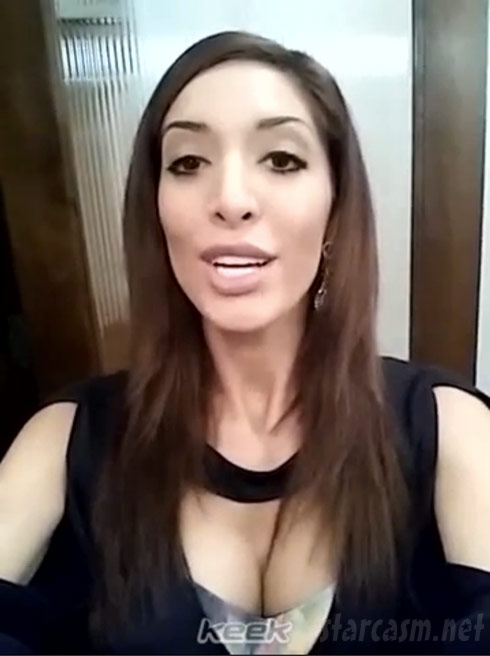 I hate to say it, but there are few things more consistently entertaining than Farrah Abraham keek videos — and no, I don’t mean that in a good way. In the latest video installment of “Reflections With Farrah,” America’s most infamous backdoor teen mom responds to yesterday’s episode of Bethenny, which featured Farrah’s Couples Therapy co-star Taylor Armstrong and therapist Dr. Jenn Berman. In the clip Farrah proudly declares herself “the best woman on Couples Therapy” and adds that she “just doesn’t really want to talk to alcoholics on the show.”

OK, back to Farrah’s keek video, which she captioned with, “Bethany Frankel & Taylor Need to STOP talking about me! #SoDelusional #StayAwayFromMe #Alcoholics #SoFAKE #FU”

“Hey everyone! I wanted to address Bethenny Frankel’s show with Taylor Armstrong and my favorite doctor and therapist, Dr. Jenn Berman. Um, only words for Taylor and Bethenny Frankel — again, this is a show for women by women, but we only want to take the best woman on Couples Therapy, who is trying and is hard working, and doesn’t lie, just doesn’t really want to talk to alcoholics on the show. So, thank you Taylor for saying your peace. I don’t need to lie, nor do I want anything to do with you. So, thank you for talking about me on your own special, I really appreciate it — and keep my name out of your mouth. Thank you guys! Buh-bye!”

Well, keek certainly can’t complain about logo placement! I guess it makes sense that an internet video company would be located in Silicone Valley. 😉

Since this episode of “Reflections With Farrah” was a bit tame in comparison to some of her more sensational previous installments, I thought I might juice up the post a little with some Photoshopegery. So, here’s the movie poster for Farrahst Gump starring the one and only Farrah Abraham… 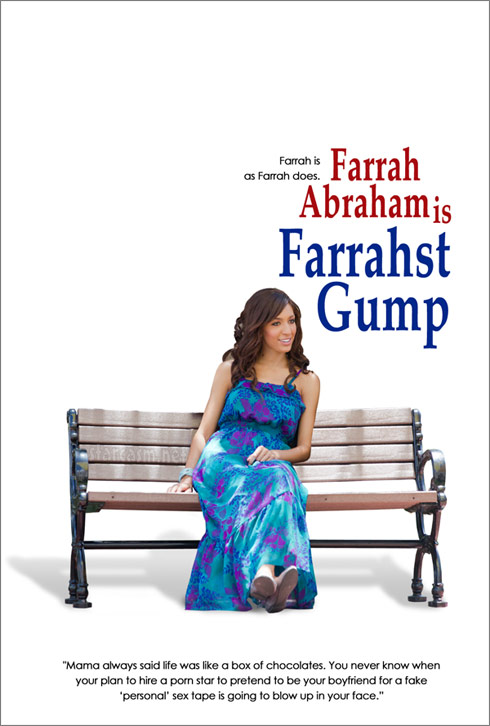 You can see Farrah and the rest of the Couples Therapy cast in new episodes airing Thursday nights at 10/9c on VH1.