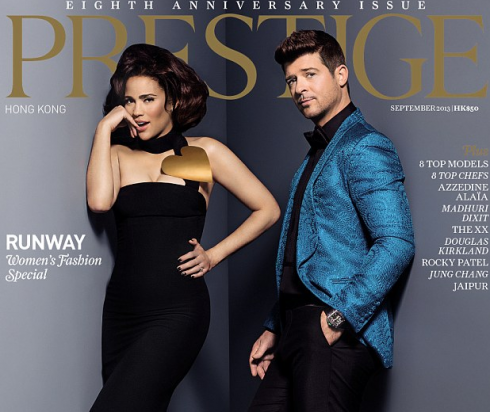 Robin Thicke and wife Paula Patton cover Hong Kong’s Prestige magazine, and gush about each other in an interview pre-dating butt-gate.

In the in-depth interview the couple revealed that they are extremely involved in each others’ careers, and that Paula is more involved with Robin’s than he is with hers. “She helps me with my art direction and my album covers and my videos and my wardrobe,” he says. “and she is really the good taste of the family [laughs]. I just keep working hard and hoping I get lucky.”

When asked about how they handle the down moments of their life and career, Robin had nothing but praise for Paula. “I don’t know if I would still be alive in some ways if it wasn’t for Paula. She’s been my rock, my muse, my inspiration and I love her. The whole way.”

Looks like things are still good with Paula and Robin, at least publicly, after the girl in his butt-grab photo sold a story to Life & Style. Last night they showed up together at his Official Album Release Party. Paula was stunning at the event, showing an orange cut-out Stella McCarthny mini-dress who’s boss. 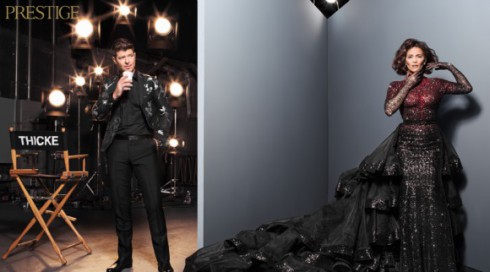 Scott Disick rumors: He’s fallen off the wagon and out of favor with Kourtney Kardashian

VIDEO Jada Pinkett Smith on open-marriage rumors: ‘Will is his own man’