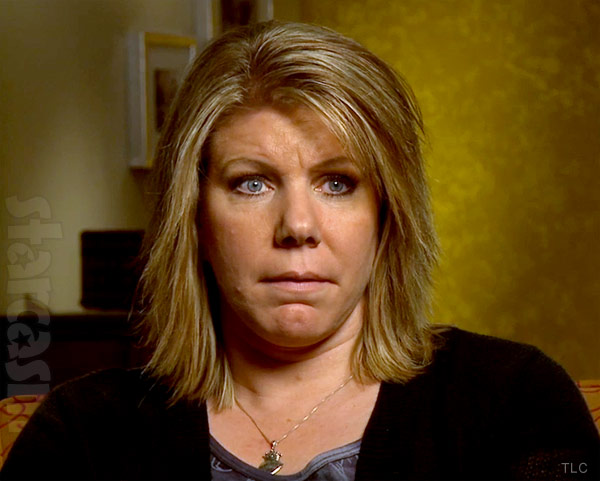 “Around 2 AM Tuesday March 10, I lost my brother,” Meri tweeted early Wednesday morning. “Getting a call from mom in the middle of the night, you know something is wrong.”

Meri didn’t share any specific details about Marc’s passing, but she did say that he was suffering. “Marc was the oldest of our family. He was in a lot of emotional & physical pain. I know he is feeling some peace now & I’m so glad he does.”

Meri added, “I feel happy knowing dad and our sister both welcomed him home. This has been a joyful & sorrowful day.”

Not long after her announcement, Meri offered up her thanks to those sending her condolences and kind messages. “I am so grateful to special people in my life who have reached out to show their love & support. I pray for mom always, in yet another loss.”

Meri was with a number of her family members this week to celebrate her mother’s 70th birthday on March 9. She shared this photo of her daughter Mariah with her cousins on Tuesday:

What a cute bunch of cousins! pic.twitter.com/QJL8GNkrIJ

Our thoughts are with Meri. I’m sure this is one of those times where having a HUGE family is a blessing.

On March 10, 2015 our father, brother, uncle, son, and grandpa, Marc William Barber, left this earth and returned to his Father in Heaven.

Marc was a native of California, but grew up in the Salt Lake Valley in Utah. As a young man he was instantly loved by all because of his personality and friendliness to everyone. He was a Cowboy at heart and spent his time riding and working with horses, any chance he had.

He had a unique way of speaking with people, which helped pave the way for a successful career as a bill collector.

He is now reunited with his son Brady, his sister Teresa, his dad Bill, and his grandparents.

Cowboy up my friend. You made your eight second ride.. YEE HAW!!!