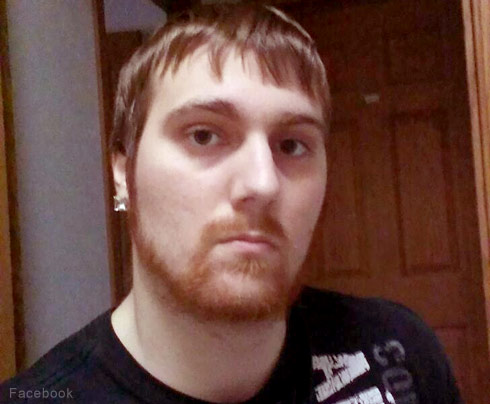 Born in Lancaster, he was the son of Gary and Donna (Sandoe) Martin, with whom he resided.

Zachery graduated from Pequea Valley High School in 2008 where he had played football from 3rd grade to 12th grade. He was a diehard Dallas Cowboys fan and enjoyed other sports, hunting, fishing, music and NASCAR.

He was employed as an assembler by Raytec Mfg.

He was preceded in death by a sister Kayla M. Martin.

His funeral will be held on Wednesday, September 2, 2015 at 11 a.m. at Bridgeville E. C. Church, 5971 Division Hwy., Narvon with Pastor Ron Good and Pastor Jeff Schell officiating. Interment will be in Bridgeville Cemetery. A viewing will be held on Tuesday from 6 to 9 p.m. at the Groff-High Funeral Home, 145 W. Main St., New Holland and on Wednesday at the church from 10 to 11 a.m. Online condolences may be posted at www.groffeckenroth.com.

Zach’s cause of death has not been revealed, but we spoke with a friend who tells us he recently had a surgical procedure on one of his legs and, before this past Friday, had been having complications.

UPDATE – According to Dauphin County’s chief deputy coroner Lisa Potteiger, Zachery L. Martin, 25, of Gap, died August 28 at Hershey Medical Center of complications from injuries suffered in a car crash on November 5, 2007. The manner of death was listed as accidental.

As fans of Amish Mafia are aware, Zach had been wheelchair-bound since surviving a car crash in 2007. Zach suffered a broken back at his T5 vertebrae, three broken ribs, bruised lungs, and a broken bone in his neck in the accident. He spent five weeks in the hospital, and then six weeks at rehab.

His on-screen personae was similar to the real Zach in that he did not let his injuries get in the way of doing what he wanted to do. Here’s the description of his character and a photo from Discovery: 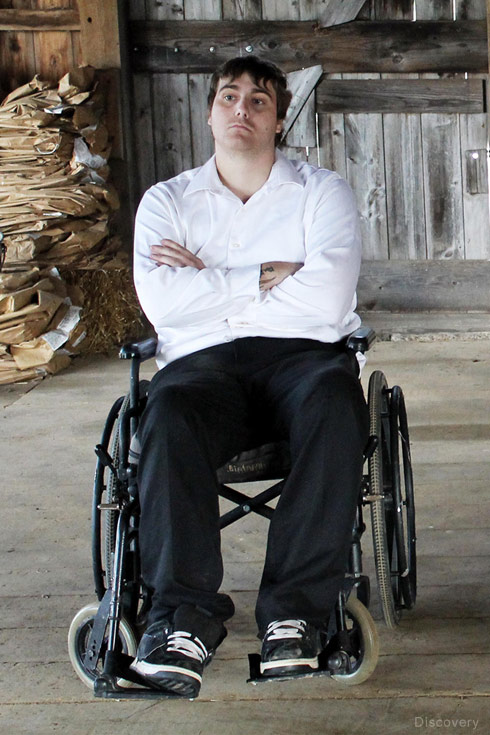 Zach is Doug’s right hand man and a childhood friend, who shares Doug’s hatred of the Amish. A drag racing accident left him confined to a wheelchair, but it hasn’t slowed down his appetite for women or destruction.

Zach is known for his marksmanship and his violent temper. Together with Doug, he is trying to topple Levi’s control over Lancaster County.

Our thoughts are with Zach’s family and friends.