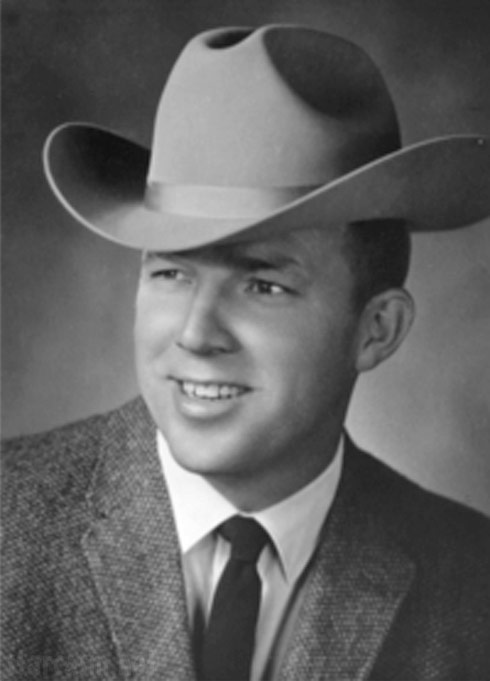 It has been a rough few months for the Brown family from the TLC reality series Sister Wives as the show’s patriarch Kody Brown lost his brother Curtis Brown in a motorcycle accident back in June and earlier this week Kody’s father, Winn Brown, passed away at his home in Lovell, Wyoming the age of 78. 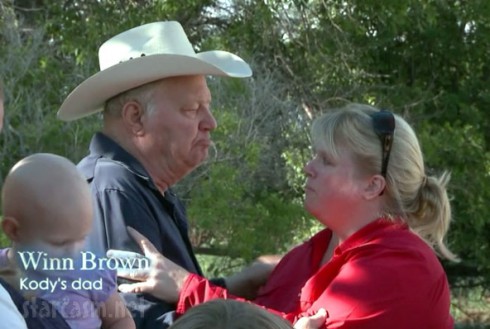 The Sister Wives Blog also managed to find this gem, a photo of Kody from what I assume is his high school graduation with his father Winn and a woman who I am assuming is Kody’s mother, Genielle Brown: 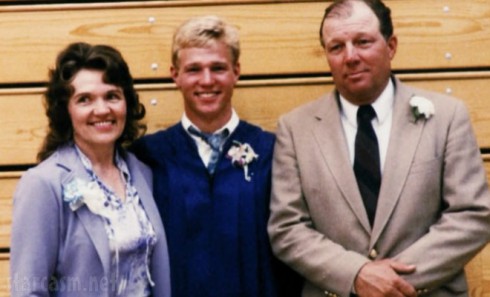 Kody Brown hasn’t talked about his father’s death online, although his wives Janelle and Meri have:

Thoughts today of Kody's dad, an old cowboy goin' home, ridin' off into the sunset, & exploring the green pastures on the other side.

This past week we lost Kody's father. Here is a picture by a granddaughter of the of the 2 now missing from us. pic.twitter.com/lg1uMDR4xe

UPDATE – Kody has since posted another great photo of Winnn and Curtis:

And Kody also addressed Winn’s passing by referencing this article:

http://t.co/2wDEMzLy7K Thank you Starcasm for your kind article about my dad. May he rest in peace.

According to his obituary (included in its entirety below), graveside services for Winn Brown were held Wednesday morning, August 28, 2013 – which would have been Winn’s 79th birthday. He lays at rest in the Penrose Cemetery.

Winn attended Lovell schools and graduated from Lovell High School in 1952, then spent two years in the U.S. Army Rangers, training as a paratrooper in Panama. While there he managed to survive a parachute malfunction adventure, which he forever claimed took ½ inch off his six foot height.

Winn served in the Southern States Mission for the Church of Jesus Christ of Latter Day Saints from 1956 through February of 1958. He attended Northwest College for awhile, doing rodeo events on the side, until he met and married his sweetheart, Genielle Tew. Winn then transferred to Brigham Young University in Provo, Utah, where he graduated in Agricultural Economics in 1963.

After BYU, Genielle and Winn established their home in Byron, Wyoming. They moved to the family ranch property southwest of Lovell in 1970, where the family still lives.

Winn worked several years for Cache Valley Breeders and Montana Breeders, teaching cattle management to ranchers all over Montana and Wyoming. At the same time, he worked his father’s farm and eventually combined it with his Uncle Elgen’s farm, to realize the original boundaries as homesteaded by Ebenezer Brown in 1902. Over the years Winn added other neighboring parcels to achieve his life goal of establishing a family ranch property.

Winn’s life was centered around the principles of the restored gospel. He will be remembered for his many stories of his missionary experiences, family and church history events, his ranching adventures, and of his early rodeo and hunting days. Ask any of his ten children about “when Dad roped the elk”, or the raft trip down the Big Horn Canyon, or “The Mysterious Disappearance of the Military MP Jeep”. He loved Robert Service poems and could recite whole stanzas. Winn was a true cowboy, who never met a stranger.

Winn was preceded in death by his parents, his younger brother Lionel Dow Brown (Bud), and his son Curtis Taylor Brown (d. June 17, 2013).

Graveside services were held Wednesday morning, August 28, 2013 – which would have been Winn’s 79th birthday. He lays at rest in the Penrose Cemetery.