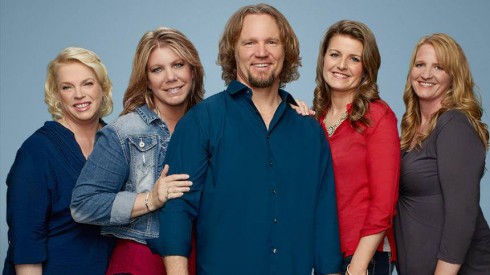 Sister Wives‘ Brown family is continuing their legal battle with the state of Utah to decriminalize the cohabitation part of polygamy laws — and are using the Supreme Court’s recent gay marriage ruling in their argument.

“It is clear that states can no longer use criminal codes to coerce or punish those who choose to live in consensual but unpopular unions,” the family’s attorney argued in newly submitted court documents, Radar Online reports. “This case is about criminalization of consensual relations and there are 21st century cases rather than 19th century cases that control Homosexuality was a crime for centuries in this and other countries.”

In the court documents, their lawyer explained Kody Brown and his wives aren’t seeking the legalization of polygamy. Rather, they want the right to “cohabitation by these intimately-connected adults, even in the absence of a religious ceremony or other indicia of spousal ties.”

In a new blog post yesterday, The Cato Institute, an influential political think tank, said they support the Browns’ argument because they believe the state’s opposition doesn’t align with the First Amendment rights granted to the Browns.

Whether or not the Utah law violates the Browns’ religious liberty, it’s a clear affront to the First Amendment’s protection of free speech… In Utah, it’s legal to have an “open” marriage and any number of unmarried consenting adults can live together, have sex with each other, pool their finances, and describe themselves as being in a long-term polyamorous relationship. They just can’t use the “M” word.

The Cate Institute added they have filed an amicus brief with the 10th U.S. Circuit Court of Appeals on behalf of the Browns. The case will be considered this fall.

Interestingly, the Browns’ position is similar to that of their friends, the Colliers of Montana — even though the groups want different things. In July, the Collier trio applied for a group marriage license, citing the Supreme Court ruling. Their request was denied, but they’ve since filed a lawsuit with the U.S. District Court in Billings, claiming their 14th Amendment rights were violated.