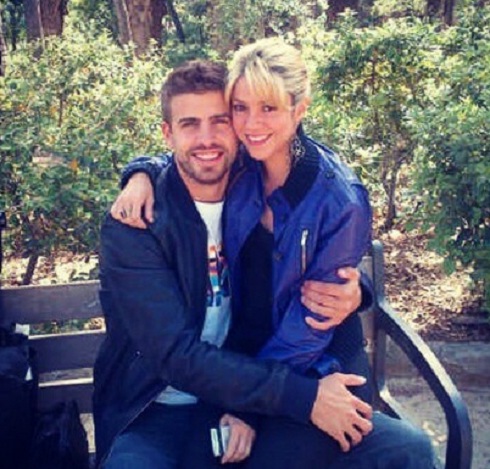 Shakira and her soccer star boyfriend of nearly two years, Gerard Piqué, are expecting their first child together! The 35-year-old singer announced the exciting news on her blog:

As some of you may know, Gerard and I are very happy awaiting the arrival of our first baby! At this time we have decided to give priority to this unique moment in our lives and postpone all the promotional activities planned over the next few days.

This means I will not be able to be a part of the iHeartRadio Music Festival, but I’m sure this weekend in Las Vegas will be spectacular and I will be closely following everything that happens there!

I’d like to thank Clear Channel and my fans for their constant love and understanding.

This will be the first child for both Shakira and Gerard. If you’re thinking that their baby news will have them heading down the aisle as well, slow your roll. Back in 2009, after dating her ex Antonio de la Rúa for nine years, Shakira told press that she “doesn’t need papers.”

Shakira announced her relationship with Piqué in March of last year after breaking off her lengthy relationship with Antonio. While dating, Gerard was featured in Shakira’s music video for “Waka Waka (This Time for Africa)” which was in celebration of South Africa hosting the FIFA World Cup. (Gerard is the centre back for FC Barcelona as well as the Spanish national soccer team.)

News of their little bundle of joy comes on the heels of NBC announcing Shakira will be filling in for Christina Aguilera as a judge on Season 4 of The Voice! Congratulations all around to her!