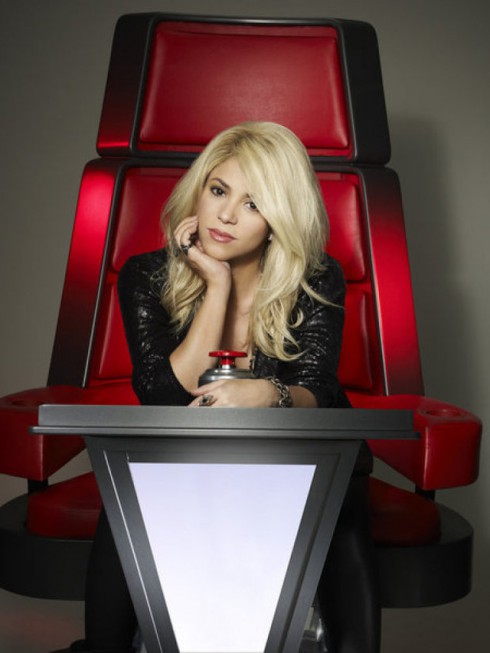 Shakira and Usher are prepping for their judging debut on NBC’s The Voice. The two pop stars were announced as part of the season 4 line-up in September and today, their official cast promo shots were released to the public.

“I’m thrilled to be here and I’m sure he is too,” Shakira told Access Hollywood, referring to herself and her unborn baby (that her husband claimed she gave birth to last week as a prank). While it only seems right that Shakira would take on Adam, as former judge Christina Aguilera had, it doesn’t sound like there’s much friction between them.. yet. “She’s going to name the baby Adam, actually,” Adam Levine joked of his pregnant co-star. “It’s a great name. It’s a strong name. Strong name.” 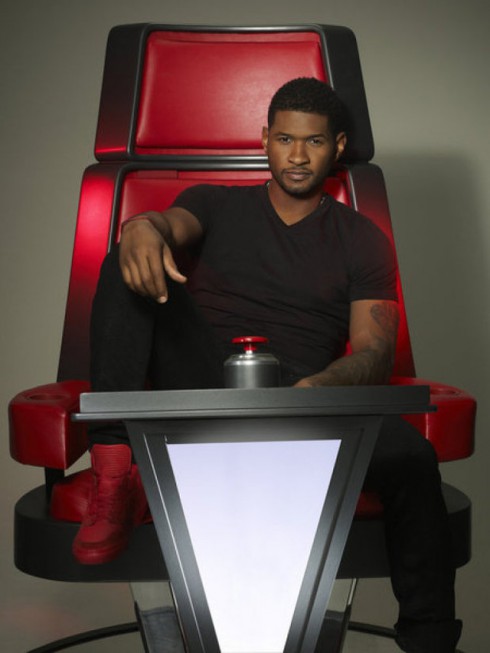 “It’s great, I love it,” Usher recently told Extra about the show. “I love Shakira, Blake is like a big brother to me, a big country brother to me, and Adam, he got a few wins I am mad about, but I’m really happy to be on the show.”

Former judge Christina also recently talked to Extra where she extended her support in confidence in Usher. “I have all the faith in the world that he will do a great job,” Christina said.

Even though season 4 will not premiere for another couple of months, the network has already renewed it for a season 5 which will debut this fall. However, as far as we known, Shakira and Usher will not be featured. Instead, Christina Aguilera and Cee Lo Green will return.

PHOTOS VIDEOS Javier Colon to compete on The Voice

Usher to replace Cee-Lo on The Voice? (Also, he told Oprah he has sex to his own music)