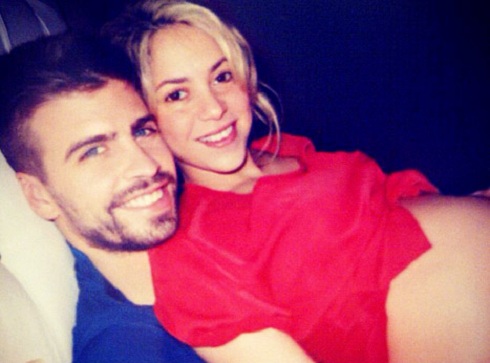 Christmas may have passed, but Shakira and her beau of nearly two years, Gerard Pique, have just gotten a very special gift. The pair has welcomed a baby boy into their lives just four months after their official announcement that Shakira was expecting.

On December 27, Gerard shared the happy news with his Twitter followers. “Our son has been born! We are very happy! Thanks to all for your messages,” he wrote. Ironically, Shakira was spotted just ten days ago shopping in Barcelona in a pair of shy high heels. Only a pop star can pull that off!

Back in September, Shakira announced the news, telling her Facebook fans, “Gerard and I are very happy awaiting the arrival of our first baby. At this time, we have decided to give priority to this unique moment in our lives.”

Shakira had been embracing her first pregnancy, recently telling fans, “I could have another nine months like this.” But it only is going to get more exciting for Shakira and Gerard. They will now spend their days feeding the baby, changing the baby, and getting to share all of the amazing moments and milestones their little one will reach.

“Shakira is really looking forward to being a mother,” a source recently told Us Weekly. “They definitely want more than one together.”

So far, there’s no word on how big or long he was (or even a name), but judging by his parents, he’s going to be one talented little fella!

In other news, Shakira will be temporarily replacing Christina Aguilera on The Voice for season 4 which premieres on March 25.