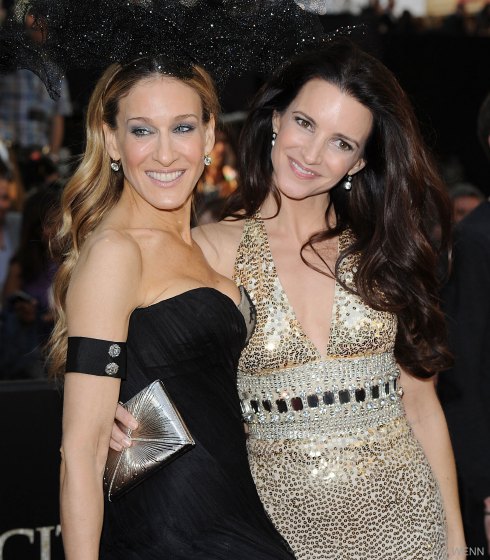 On-screen besties and real life gal pals Sarah Jessica Parker and Kristin Davis have broken their silence on the rumors of a Sex and the City 3 movie. Well, kind of.

After Jennifer Hudson was quoted as saying, “[Sex and the City 3] might happen. So look for it,” fans every where began to wonder if Jennifer’s predictions would come true or not. Many have been waiting for an official confirmation if SATC 3 has a green light.

Now, stars Sarah Jessica and Kristin, better known as Carrie and Charlotte, have exchanged tweets regarding all the hype. 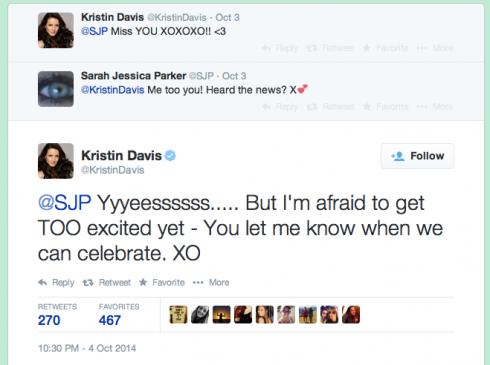 Kim Cattrall also commented on the rumors just a day after her co-stars hinted at it. When questioned if SATC 3 is fact or fiction, Kim responded, “News 2 me…”

Hmm…  Sarah Jessica and Kristin’s tweets have excited fans and increased the hype about a third SATC movie, but Kim claims she doesn’t know anything about it. I guess the jury is still out on this one…

Are Kody Brown and his four wives breaking the law with polygamist lifestyle?