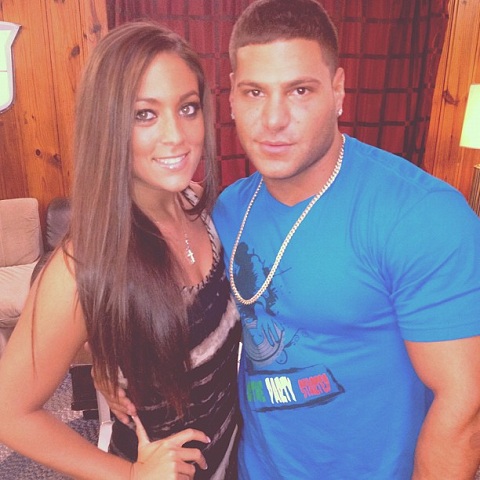 Sammi and Ronnie are used to living together during filming on Jersey Shore, and after three years of on-again, off-again dating, it seems fitting that they give living together off-camera a shot. The couple has just announced that they are doing just that — and in a big way! They are looking to BUY a home in New York City!

Given their many troubles in the past, many didn’t think they’d last. Now, they are proving critics wrong and starting their lives together.”We actually went to look at apartments this weekend, and found something, we are moving to New York,” Ronnie announced today to Hollywood Life. Can you believe our beloved SamRon is ready to take such an exciting step?!

One might suggest that they give renting a shot first, but if these two can live together with six other roommates, they can surely live together as a couple, right?

Fans may remember that Sammi and Ronnie were not together at the time that the Jersey Shore season 5 reunion was filmed. However, they rekindled their relationship in early spring of this year, and headed to Seaside Heights to film season 6 as a couple. Of the reconciliation, Ronnie explains, “It was more that we both took a break after Italy and Jersey.” After filming wrapped on season five, rumors circulated that Ronnie had cheated, but he maintained his innocence. Sammi adds, “At the time, it was a rough spot for me. But me and Ron, nobody got to see that we had a real connection. There were a lot [of reasons] for me to stay with him.” 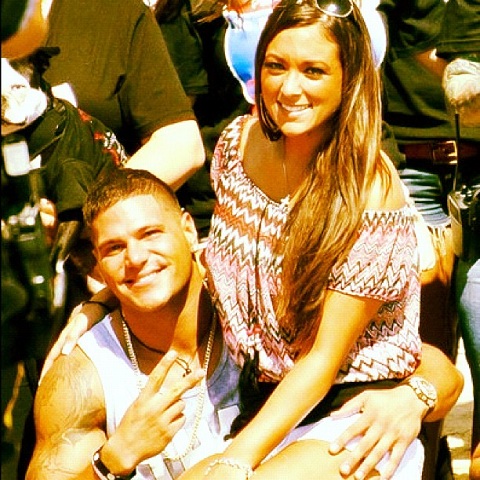 Whatever it was that caused the split, we are glad these two have finally gotten back together are and are moving forward. “We both had to find ourselves. We got to the point where if you can’t make someone else happy, you can’t be happy. We are very happy with ourselves and each other,” Ronnie reveals.

Now, onto the juicy part! With Jersey Shore coming to an end after season 6 (allegedly), many of the cast mates already have spin-offs, which makes us wonder… Sammi and Ronnie are embarking on this exciting journey of moving in together just as Snooki and JWoww did for their spin-off, so is SamRon getting a spin-off, too?! A source tells Wetpaint, “No deal has been made but, yes, [Ronnie] and Sammi have been approached!”

How’s that for good news?! Now, even if Jersey Shore really is coming to an end, viewers may still be able to get their recommended weekly allowance of SamRon for a little longer!

PHOTOS The Jersey Shore Reunion is happening!? Get all the details!