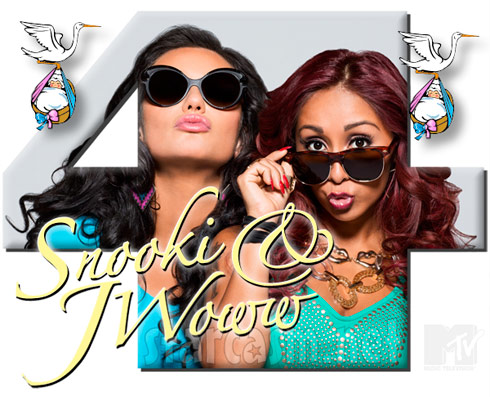 Earlier today MTV officially announced their popular reality series Snooki & JWoww will be returning for a fourth season, as if anyone had any doubts given that both former Jersey Shore ladies are currently pregnant!

I seriously cannot imagine what it’s going to be like watching these unfiltered besties going through pregnancy and child birth together — all I know is that it is 100% guaranteed to be damned entertaining! Gym Tan Laundry? P’shaw! Try Gestation Throw-up Lactation! And Smoosh room? Nawp — we’re gonna have the Push Room now! Push! Push! PUUUUUSHHH!!! 🙂

It's official!!! #snookiandjwoww is coming back for a fourth season!!!! @MTV @snooki

Who’s excited for another serving of meatballs?!?

JWoww has been a mom for a year; daughter Meilani turns one