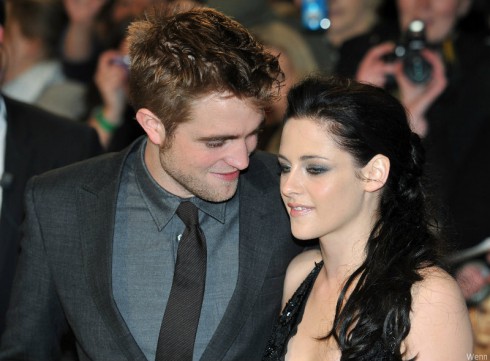 Robert Pattinson still has ex-girlfriend Kristen Stewart’s back — as he proved in a new interview for Esquire UK.

Referencing Kristen’s 2012 affair with her married Snow White and the Huntsman director, Rupert Sanders, Robert summed it up as “s**t happens.”

He said the media reaction to the indiscretion was more difficult to deal with than the affair itself.

“The hardest part was talking about it afterwards. Because when you talk about other people, it affects them in ways you can’t predict,” he said. “It’s like that scene in Doubt where [Philip Seymour Hoffman’s character is] talking about how to take back gossip: They throw all those feathers from a pillow into the sky and you’ve got to go and collect all the feathers.”

Robert seemed thankful that the scrutiny of his personal life has since eased — aside from occasional rumors about a reunion with Kristen or relationship with a new celebrity. Still, on those days when a new story about him is in the news, he remains baffled by the public fascination with him.

“I don’t understand why,” he said specifically of paparazzi following him. “I think it goes through periods where you’re assigned ‘this is the guy to follow’. But whenever I see a bunch of paparazzi hanging out, I always think, ‘Oh God, what have they found out!’ Oh, THAT love child! I totally forgot!'”