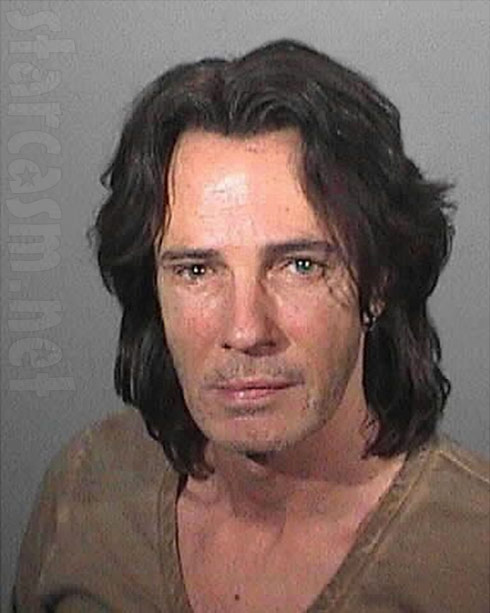 “Jessie’s Girl” singer Rick Springfield was arrested on suspicion of drunk driving last night after police noticed him speeding down a Malibu street in his 1960s Corvette just after 8pm. The pitiful mug shot photo above was taken after the 61-year-old pop star was booked and put in jail.

“And he’s watching me with those eyesssss…“

Richard Lewis Springfield was pulled over by Los Angeles County Sheriff’s Department for a traffic violation but when the officers approached they noticed the smell of alcohol. Springfield was asked to perform a series of field sobriety tests, which he reportedly performed poorly on. His blood alcohol level measured .10 which is just above the .08 legal limit in California.

Springfield was released on his own recognizance just after 2am and is scheduled to be back in court on July 5.

And just in case you don’t know who Rick Springfield is, here’s his career-making single “Jessie’s Girl” from 1981: