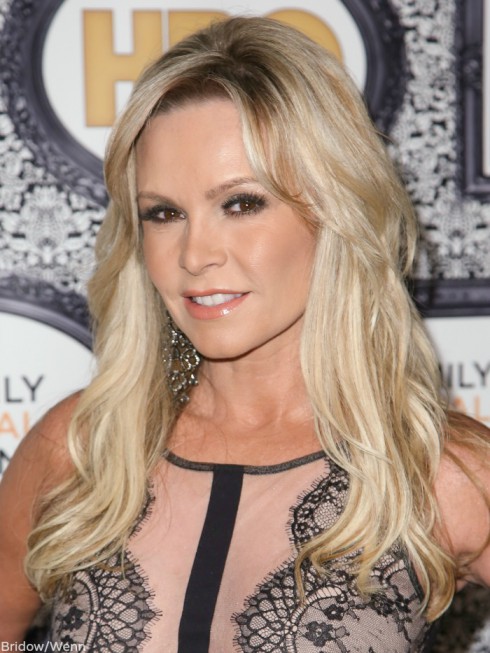 Real Housewives of Orange County‘s Tamra Judge may have moved on from her volatile relationship with ex-husband Simon Barney, but she can’t entirely escape that drama.

In the latest chapter of their ongoing custody battle for their three children, Simon filed documents on March 28 accusing Tamra of being “very neglectful in her care for the children.” According to Radar Online, Simon claimed Tamra didn’t properly bathe the children, didn’t keep food in the home and refused to get medical care for her son’s broken thumb.

“Respondent [Tamra], especially, in recent times, has been very neglectful in her care for the children,” Simon said in the Memorandum of Points and Authorities. “This has resulted in the children not getting prompt medical care, nutritional meals, hygienic care, and deterioration in their school work and attendance.”

He requested full custody of the children, adding 15-year-old Sidney requested to live with him last fall. He also attached a series of text messages between Sidney and Tamra as evidence that the mother and daughter don’t get along.

But, as viewers of Real Housewives of Orange County know, Tamra isn’t one to let such serious accusations slide: She posted a picture of a family hike in Hawaii yesterday, noting in the caption she “even fed my kids afterward and made them take a shower.” She added, “Imagine that Radar Online.” 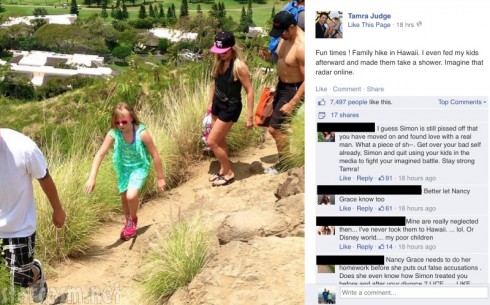 She followed up a few hours later with a more complete rebuttal.

“I am very sadden [sic] by my ex husband attempt to hurt me with false allegations. Why doesn’t he understand he is hurting our children. My heart is broken and one day he will see the pain he has caused everyone,” Tamra said in a Facebook post on April 15. “I love my children with all my heart and would never do anything to hurt them. Please God help me understand. I sit here crying trying to keep my mouth shut, but I’m only human. Thank you for the support xoxo.”

A family court hearing is scheduled for April 24.