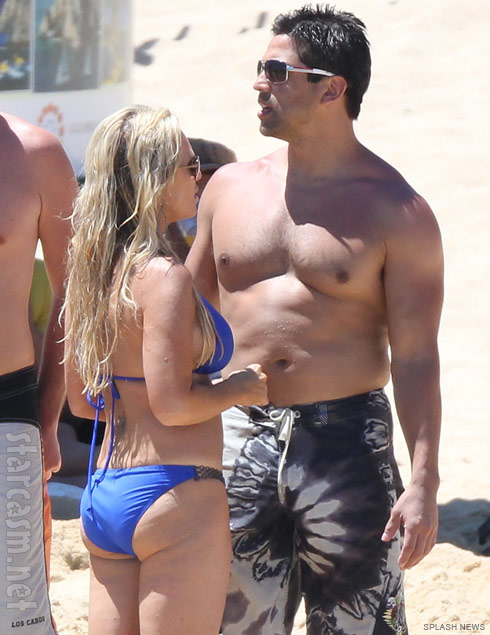 The Real Housewives of Orange County‘s Tamra Barney is really letting loose since her volatile split from ex-husband Simon Barney! The 43-year-old blond reality star has been nothing short of sexually energized on the show this season, not only by getting naked with new boyfriend Eddie Judge in a steamy tub scene and posing topless with lesbian buddy Fernanda Rocha, but in her interactions with her cast mates, which often includes lots of sexual references and innuendo.

Continuing her newly rediscovered zest for life, Tamra and her new dapper dude Eddie Judge are currently enjoying a fun-filled vacation in Mexico where they were photographed yesterday at the beach standing around looking hot and riding a jet ski: 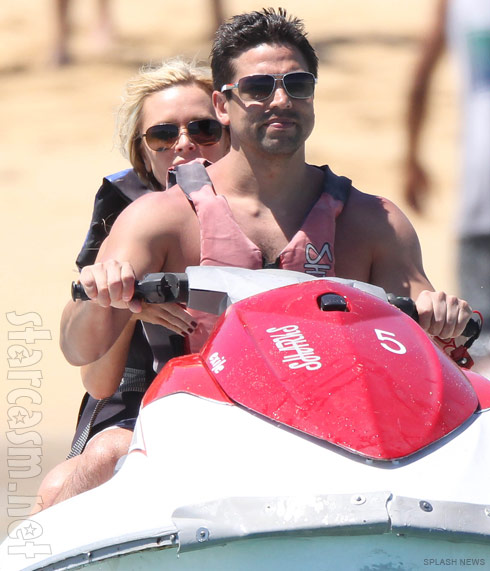 Sadly, this next picture was the only decent full-length frontal photo of Tamra Barney in her bikini without the life vest. She’s striking kind of an awkward pose, so it doesn’t really do her Fernanda-Rocaha-trimmed bikini body justice, but we gotta take what we can get right? 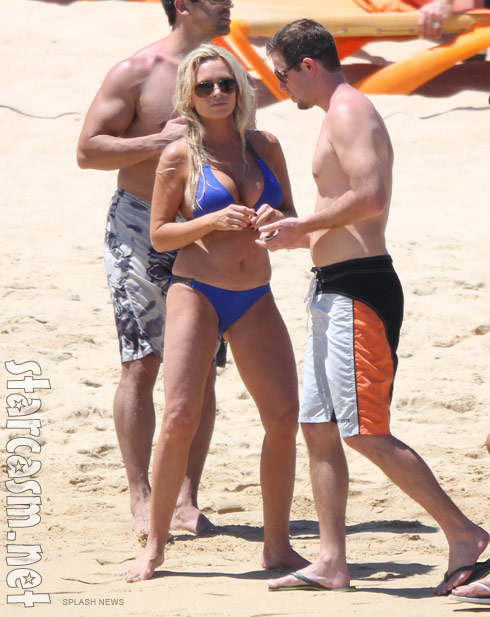