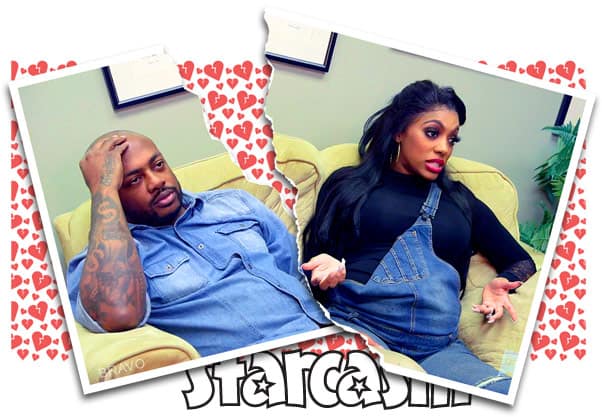 One year after revealing they were dating, and just three months after welcoming their daughter Pilar, The Real Housewives of Atlanta star Porsha Williams and fiance Dennis McKinley have called it quits.

E! News confirmed the split earlier today, which comes after weeks of speculation that the two were having issues. Porsha and her family stopped following Dennis on Instagram back in May after YouTuber Latasha Kebe (aka Tasha K) claimed he was cheating on Porsha with WAGS Atlanta star Sincerely Ward.

Latasha’s series of videos included alleged text messages between Sincerely and a friend in which Sincerely states she is dating a man named Dennis who not only matched the physical description of Porsha’s fiance, but also his businesses. The man mentions a trap baby, and also says he and his fiancée got matching black widow tattoos. The jury is still out on whether or not Porsha and Dennis got the matching arachnid tats.

“These false and slanderous allegations against me are made solely to damage my reputation, jeopardize my ongoing businesses, and negatively impact my family,” Dennis said about the cheating allegations in a statement released on June 2. “My attempts to ignore this slander have only empowered Latasha Kebe (aka Tasha K.) to create more false accusations. I am currently taking legal action — and am currently being represented by Michael T. Sterling of Dreyer Sterling, LLC.”

Sincerely backed up Dennis’s innocence in her comments to E! News. “I really have no clue where this came from. It’s bizarre, I’ve never met Dennis.” She added, “In Atlanta, it’s easy to have 6-degrees of separation [but] to my knowledge, I don’t even know if we’ve even been in the same room together.”

Meanwhile, a “family member” spoke with Us Weekly after E! News revealed the split. “There is a tiny, tiny, tiny chance they would get back together,” the relative says. “[But] likely no.” It’s unclear if the source is related to Porsha or Dennis.

Porsha and Dennis’s break up comes a little less than six months prior to their scheduled New Year’s Eve wedding.

Porsha has yet to address the split publicly. It’s unclear what the two plan to do as far as co-parenting their 3-month old daughter Pilar.