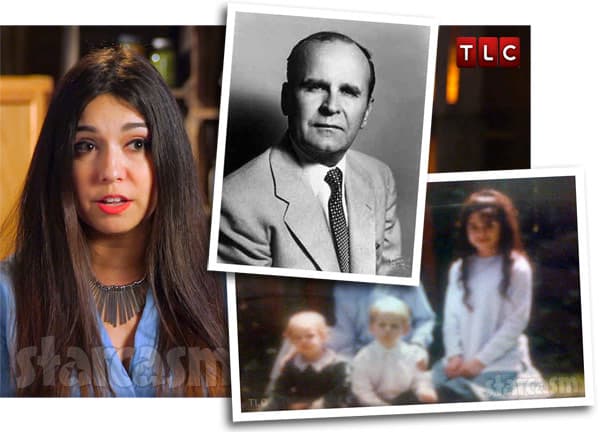 In the two-hour season finale of Return To Amish, Jeremiah Raber’s co-stars (sans Kate Stoltz) made the trip out to Vancouver, Washington to finally meet Jeremiah’s fiance Carmela Mendez before attending the couple’s wedding. Prior to the ceremony, Carmela explained her past to Sabrina, Rebecca, and Esther, and revealed that she was raised in a religious cult!

Carmela says that her father was from Mexico, but was never in her or her mother’s life. At the age of 12, her family joined a cult that promised to fill that fatherly role. (Actually, Carmela only references herself and states “I joined this cult when I was about 12 years old.” I just assume that she didn’t have the ability to make that decision for herself at that age, and I am guessing that is her mother in the photo below. I could be wrong, though!) Carmela adds that the cult was focused on the “end times” and followed the teachings of the self-proclaimed prophet William Branham. 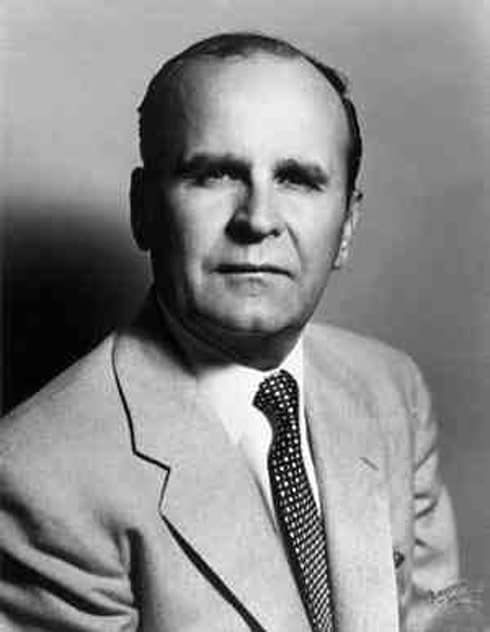 Carmela referenced all of these teachings, and recalled that all of the women in the group had to grow their hair long, wear clothes that revealed no skin at all–and bandage their chests. She also mentions that the cult’s leaders didn’t see the point of education, given that the “end times” were coming soon. (According to William Branham, the “end times” were to arrive in 1977. Believers had to adjust their calendars after that year came and went.)

Here is the only photo Carmela has from her time with the Branhamites — I assume that’s her on the right: 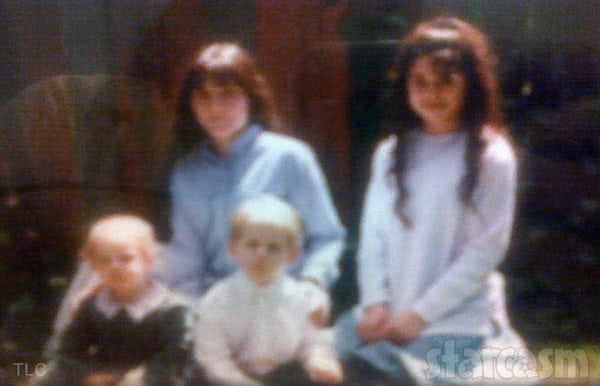 UPDATE – Here is another photo of Carmela and her family during her time in the cult when she was approximately 12 years old: 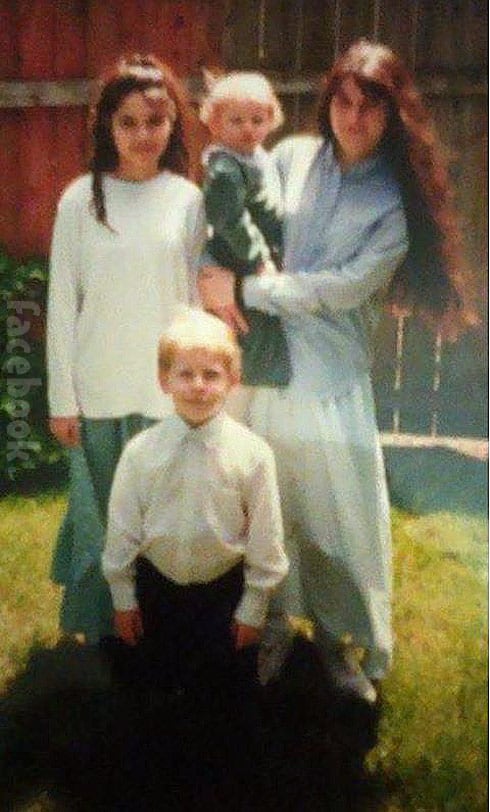 The anti-modern medicine stance was what eventually led to Carmela’s departure — or, more specifically, it was that stance in one particular situation.

Carmela says that the mother of a friend of hers got cancer, but was instructed to not pursue chemotherapy as a treatment. The woman died a month later. But, when the pastor’s wife was later diagnosed with cancer, Carmela says “he told her to do whatever you have to do. She survived.”

UPDATE – Carmela later shared this tory about a friend of hers that died while in the cult:

I just want to say if anyone can learn anything from me and my experience is that if you have family or you were or are involved in a strict religious group and they make a woman feel less than and feel ashamed of what god has given us woman and if youre more afraid of your leader than god than you might want to rethink being involved.

I know how hard it is to get help, my friend and I at 15 tried getting help we even went to a school and told them what our life was like told them we knew children who were being abused and theyre not even documented that we were starving which we were and they didnt believe us..

My friend and I had to do things we knew was wrong in order to survive.

12 years ago when Gail passed away from medical neglect because of the cult and had no service because her husband said get rid of her how she is in a nightgown.. My friends mothers husband remarried within weeks of her passing the new wife stole all of gails belongings we were in panick mode because its all we had left.. She even stole her bible which was her life, we went to the local court house we told them our story next thing we know judge mathis is at our door wanting the story.. My friend decided to tell in hopes if getting her mothers stuff back.. They promised to help… She went and they made a joke.. Everyone laughed in disbelief it was horrible.. No one ever helped as per usual.

This cult leader had the ability to make bad things happen I dont know how but he did if we went against it things would happen which is why we were mentally messed up and so confused.

If we lived accordingly then my job would be to serve my husband and live for him, be ashamed of my skin and the womanly parts…

I just want to say all thats crazy! God made woman and I dont care what you look like you should not be ashamed, god doesnt create ugly.

God makes no mistakes as woman we need to stick together and not let anyone make us feel bad for things out of our control. I once wondered why is god so mean So very strict… Only reason why is because this leader made his own rules.. I was more afraid if this leader Its not god.. God loves us..

So ive gotten a lot of messages of people going through similar situations or they have family involved .. If youre more afraid of man and they make you feel ashamed of your gender and what comes with being a woman than youre involved or dealing with a cult, mind control.

For me I cant let it go I know people are being abused and gail served in the military she was so nice and loving.. She was treated horribly to her death.

I will do everything I can to get justice for my loved ones and when I do I want to have the proper service for Gail..

She will not be forgotten.

When Carmela left the Branhamites, she was told by the “cult leader” that she would be punished. Within a year, she began to have stomach issues, and doctors later had to remove her colon and rectum. (I found it a little frustrating that Carmela chose to end her story there, seemingly giving credence to the idea that the Branhamite pastor has the power to curse people. The real curse would have been if Carmela stayed in the cult and was unable to seek medical treatment for her condition!)

Although William Branham’s popularity plummeted dramatically after he died in a car crash in December of 1965, there are still those who follow his teachings. From Larson’s Book of World Religions and Alternative Spirituality:

The lack of a denominational structure makes numbers difficult to estimate. In 1986, Voice of God Recordings estimated the total followers at 300,000. In 2000, Weaver, estimated that there were 50,000 followers in the United States; 40,000 in Brazil and 25,000 in the Democratic Republic of the Congo. In 2004, the William Branham Evangelistic Association claimed to have more than half a million followers worldwide, a figure which is viewed by outsiders as being a wild exaggeration.

Perhaps TLC should track down a few of these folks and start filming a Breaking Branhamite reality series? Or maybe Escaping Branhamism?

In addition, here are some selected excerpts from William Branham’s Wikipedia page:

William Branham was born in 1909 in a log cabin in Cumberland County, Kentucky, near Burkesville. The first of ten children of Charles and Ella Branham, he was raised near Jeffersonville, Indiana. His father was an alcoholic, and William Branham often talked about how his upbringing was difficult and impoverished, although his claims of poverty have been called into question.

Branham claimed that from his early childhood he had supernatural experiences including prophetic visions. He said that in his early childhood, while assisting his father at a still, he heard a “Voice” that told him, “Don’t you never drink, smoke or defile your body in any way. There’ll be a work for you to do when you get older”.

Branham’s first meetings as a faith healer started in 1946. Branham’s sensational healing services are well documented and he is regarded as the pacesetter for those who followed. Historians generally mark the 1946 meetings as inaugurating the modern healing revival. William Branham claimed to have received an angelic visitation on May 7, 1946 commissioning his worldwide ministry.

Controversy surrounded Branham from the early stages of his ministry. In 1947, a minister in Saskatchewan, Canada, stated that many who Branham pronounced as healed later died. A year later, W.J. Taylor, a district superintendent with the Pentecostal Assemblies of Canada, raised the same concern and asked for a thorough investigation, presenting evidence that claims of the number of people healed were vastly overestimated. He stated that “there is a possibility that this whole thing is wrong.”

On December 18, 1965, William Branham and his family (all except his daughter Rebekah) were returning to Jeffersonville, Indiana from Tucson, Arizona for the Christmas holiday. About three miles east of Friona, Texas (about 70 miles south-west of Amarillo on U.S. Highway 60), just after dark, a car travelling west in the eastbound lane hit Branham’s car head-on by accident. He was rushed to the hospital in Amarillo, Texas but succumbed to his injuries on Christmas Eve.

The initial reaction of Branham’s followers to his death was one of shocking disbelief. In the confusion immediately following his death, expectations developed that he would rise from the dead. His funeral was held on December 29, 1965 but his burial was delayed indefinitely. The press surmised that this was a result of Branham’s expected resurrection. He was finally buried on April 11, 1966, the day after Easter Sunday, which was accepted reluctantly by his followers. Most believed that he would have to return to fulfill a vision that he had regarding future tent meetings.

Branham was very critical of the “immorality of modern women”. He taught that a woman with short hair was breaking the commandments of God and ridiculed women’s desire to artificially beautify themselves with make-up. Branham believed that scantily clad women were guilty of committing adultery because their appearance motivated men to lust. A woman’s place was in the kitchen.

Branham also taught that women were not a “created product of God”. Rather she was merely a byproduct of man. His pronouncements with respect to women were often contradictory. He once told women who wore shorts not to call themselves Christians. But he qualified his denunciations by affirming that obedience to his moral code was not a requirement for salvation. However, he also implied that no woman that disobeyed his “Thus Saith the Lord” moral code would be part of the rapture.

Branham’s attitude towards women was decidedly misogynistic, covering physical appearance, sexual drive and marital relations. According to Weaver, Branham saw women as “essentially immoral sexual machines who were to blame for adultery, divorce and death. They were the tools of the Devil.”

To learn more about Branhamism and the teachings of William Branham, you can visit these links:

Branham.org Home of the Voice of God Recordings

WilliamBranham.com The Voice: William Branham and the Message of the Hour

What language do the Amish speak?