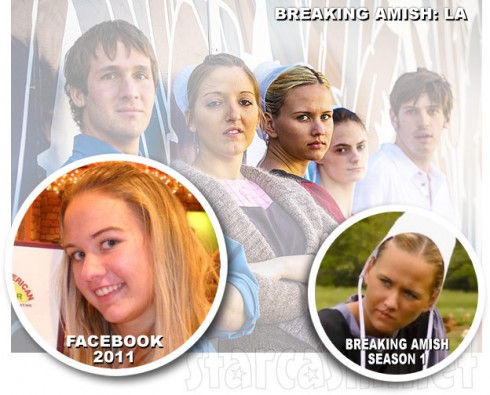 TLC announced in April that they would be introducing viewers to a whole new batch of young men and women looking to leave behind their Amish and Mennonite communities for the big city in a second season of their popular “reality” series Breaking Amish, this time set in Los Angeles instead of New York City. (Click here to watch the trailer!) Actually, the new cast isn’t completely “new” because it features Iva, who played the part of Jeremiah’s girlfriend in the first season of Breaking Amish!

Here’s an idyllic screen shot from the premiere episode of Breaking Amish with Jeremiah and his gal: 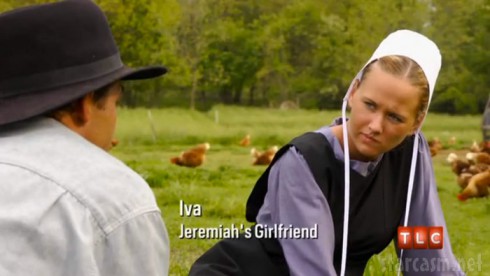 I say “played the part of” Jeremiah’s girlfriend because on the show it was presented as though Jeremiah was still a part of the Amish community and had been dating Iva for two years, but it was later revealed that Jeremiah had left the Amish community long before appearing on the show and even has an ex-wife and two kids — so clearly the entire thing was staged. (No Amish girl would be seriously dating and planning to marry a divorced father of three who left the church years earlier — especially not one as devout as Iva was supposed to be.) Not helping the situation was the fact that the scene in which Jeremiah reveals he is “leaving” the Amish for New York City is one of the most awkward on either season of the show:

Jeremiah would later return to his hometown in Ohio (though Iva is supposedly from Pennsylvania according to her Breaking Amish: LA bio) but Iva refused to even talk to him and slammed the door in his face:

And in case you couldn’t watch the clip, or it went by too quickly, here’s Iva opening the door for Jeremiah: 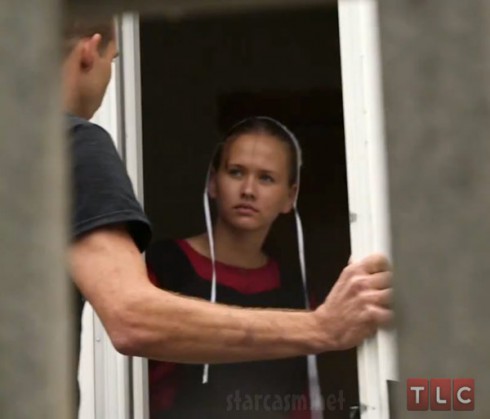 Back in October the X Amish Atheist blog published some photos from Iva’s Facebook profile in which she could clearly be seen in “English” clothes — one of which was taken at a restaurant in New York City in December of 2011: 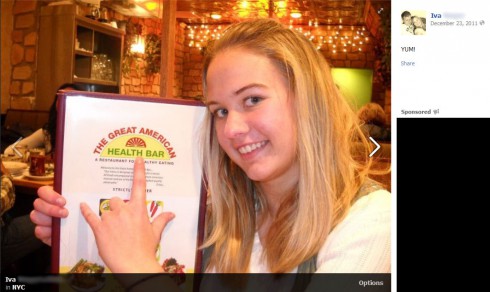 Here are some other photos of Iva not looking the part of an active member of the Amish community from her now private Facebook profile: 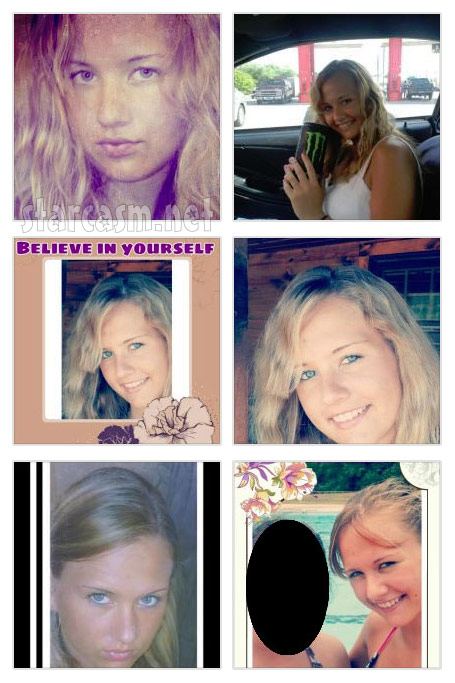 It should be noted that TLC has tried to cover their bootay (is that Amish appropriate?) by saying in Iva’s bio, “Iva has explored life outside the Amish in the past, but has never before been able to make it work.” I dunno – seems like she was making it work to me! Plus, the whole fake relationship with Jeremiah thing pretty much dulls any sort of spin they try to put on it in my mind.

It’s a bit disappointing that we appear to be getting yet another dose of Faking Amish. I’m not naive enough to think reality shows aren’t all scripted to some degree, but to lie about the basic premise of a reality show is a bit much. (It would be like finding out the cast of Teen Mom weren’t actually moms, or that Deadliest Catch was actually a bunch of actors filming in a studio with a bunch of CGI you know?) Plus it just seems unnecessary — especially the second time around! Knowing they have a successful franchise on their hands the network and/or production company really couldn’t find a group of people actually just leaving the Amish?

Here’s Iva in her Amish kitchen from the preview trailer for Breaking Amish: LA in which Iva can be heard lamenting “Sometimes a car goes whizzing past, and it’s just like ‘Why can’t I be in that car?’” (Judging from the photos above, Iva can be in that car — and she can have a Monster energy drink too!) 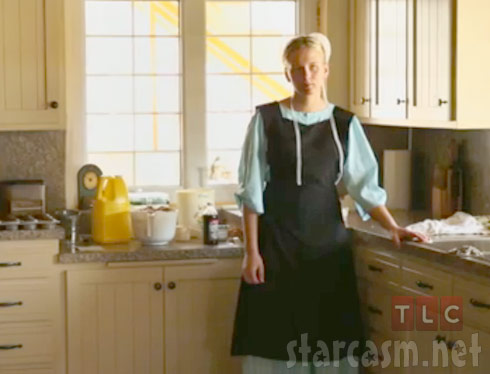 All of that being said, I’ll be tuning in because in the end if the folks are entertaining on screen (like the original cast) then that’s good enough for me — and apparently millions of others.

P.S. – We’re still looking for Iva’s last name and more info on the other members of the Breaking Amish: LA cast!