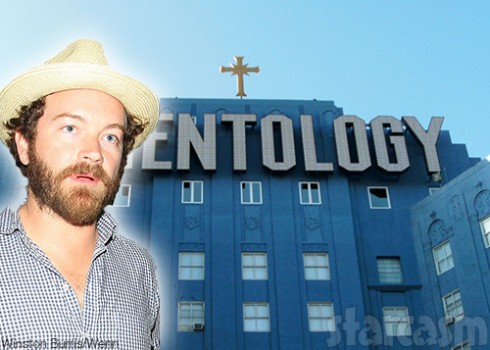 Easy, Hyde! That 70s Show‘s Danny Masterson went on a pretty explosive rant against critics of his religion, Scientology, in a new interview with Paper Mag — and effectively undermined any legitimate points he was making by throwing around crude terms.

At the time of the interview, Danny was at Sundance Film Festival. Also at the festival was Going Clear, a documentary that is very critical about the Church of Scientology or, as Danny put it, “the documentary where they interviewed eight people who hate Scientology.” He added, “I wonder if Sundance would allow a documentary of, like, eight people who hate Judaism. But you know, my religion’s fair game, I guess, ’cause it’s new.”

That might be a legitimate argument, but things went downhill from there, especially when he was asked what he thinks about the author of the Going Clear book.

“If you’re going to write something and you don’t ask the people who actually do it, then what’s the f**king point? We could all interview the KKK about what’s cool about being white, but we don’t,” he said. “I don’t know; it just seems retarded to me.”

Danny went on to say he doesn’t really care if Scientology is ever widely considered to be in the same category as other large religions.

“I love doing it and have no problem doing it. I work, I have a family and I’m a spiritual being who likes to understand why things happen in the world and want to learn more so that I can have them not affect me adversely,” he said. “So if that’s weird, then, well, you can go f**k yourself.”

Scientology has a blackmail folder on John Travolta