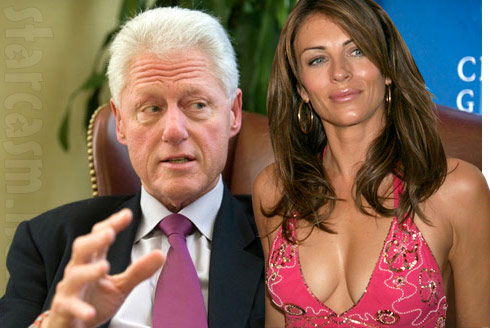 Somebody call Olivia Pope! Former President Bill Clinton is once again caught up in a cheating scandal after actor Tom Sizemore reveals in a recorded conversation that he gave his ex Elizabeth Hurley’s phone number to the Prez and he gave her a booty call — while still President! Tom goes on to say Bill and Liz remained an item for a year before Mr. C called things off.

The taped conversation took place in Sizemore’s Manchester, Connecticut hotel room in January while the actor was there shooting a movie. It was provided to Radar Online and Globe in a joint investigation.

Tom Sizemore says the whole thing started during a 1998 private screening of Saving Private Ryan at the White House, where he and other big name celebrities such as Tom Hanks, Matt Damon and Ed Burns were in attendance. Sizemore, who had previously dated Hurley, says Bill Clinton asked him if he wanted to see the Lincoln Bedroom and soon found himself and the President (without his Secret Service detail) in the historic chambers alone together.

Sizemore says the conversation quickly turned to Hurley, with Bill asking him, “Did you go with Liz Hurley for four years? Do you still see her?”

Sizemore answered yes to the questions, at which point the down-to-business Bill asked for her phone number. Sizemore was a bit hesitant to give up Hurley’s digits, but Bill was quick to play the Commander In Chief card. “Give it to me. You dumb m***********r, I’m the Commander-in-Chief of the United States of America. The buck stops here. Give me the damn number,” Bill allegedly said.

So, of course Sizemore gave Bill the number, and within minutes Bill had her on the phone and offered to fly her into Washington, D.C. for the Saving Private Ryan private screening reception. Sizemore says he saw her later at the reception, but she soon left with Bill being trailed by a Secret Service agent. As the two left, Sizemore claims Bill turned to him and said, “I owe you one.” 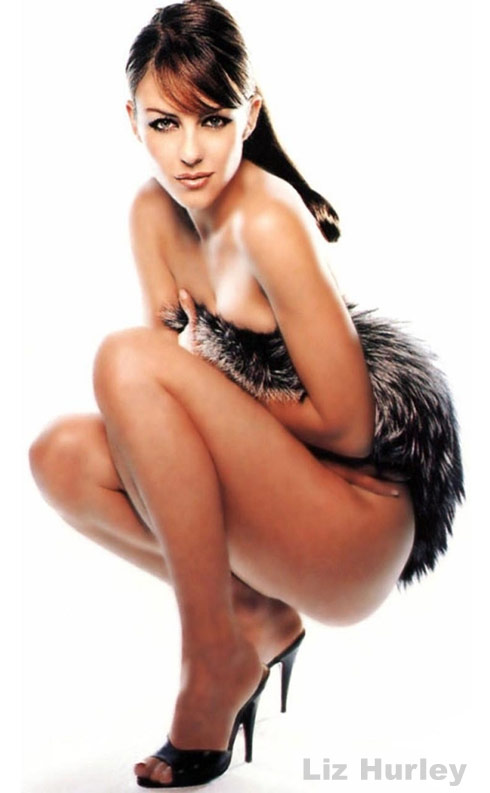 Sizemore addresses what happens next on the recording, stating rather bluntly, “What do you think? She was there for four days. He f****d her that night.” Sizemore says he later asked Hurley about the hook up and if it was a problem with Hilary Clinton in the White House. “‘No, they sleep in different bedrooms.’” Hurley allegedly told him.

Sizemore goes on to say the affair lasted for a year before Bill called it off because he was falling for Hurley. “At a certain point, he told her, ‘I don’t do love and I’m beginning to think I might love you,” Sizemore says.

Radar Online reports that Liz Hurley’s rep was rather coy about the affair allegations, saying only that she would not be commenting on her relationship with Bill.

Here is the audio recording, but be forewarned that it does contain some foul language:

Click here to see some photos of Bill Clinton and Liz Hurley together in 2005 looking quite chummy! (Scroll down to the bottom — the photos are under the heading “Costumed Charity Ball by Richard Caring.”)

UPDATE – Elizabeth Hurley has since responded to the story on Twitter, calling the alleged affair with Bill Clinton “ludicroulsy silly” and “totally untrue:”

Ludicrously silly stories about me & Bill Clinton. Totally untrue. In the hands of my lawyers. Yawn.