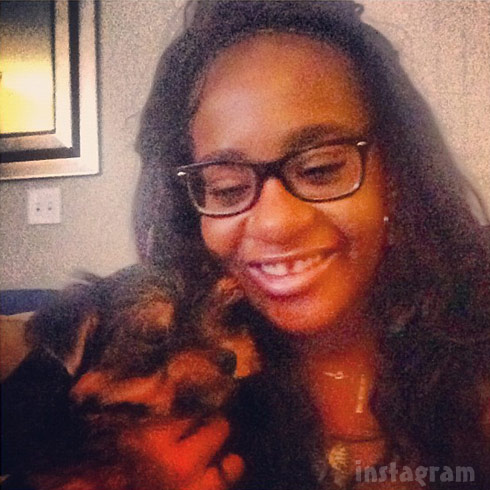 As we previously reported, Whitney Houston and Bobby Brown’s daughter Bobbi Kristina was found unconscious in the bathtub of her Georgia home Saturday morning by husband Nick Gordon and a friend and was later rushed to the hospital. TMZ is now reporting that Bobbi Kristina “has been placed in a medically induced coma for swelling of the brain.”

The site also reports that Bobbi’s father Bobby Brown is at her bedside at the hospital after flying into Atlanta from California with Tyler Perry. Perry was reportedly making a trip to Atlanta for business and offered Bobby Brown a seat.

Jerod later tried to dispel speculation that Bobbi falling unconscious was due to drug use. “Krissi doesn’t do drugs,” he said. “She hasn’t been drinking or doing drugs and she’s cut down on cigarettes. She’s been trying to get her music together and keep her voice clean. Her voice is so beautiful.”

Jerod’s statements appear to be backed up by the fact that police served a search warrant on Bobbi Kristina’s residence where she was found unconscious and there were reportedly no drugs found.