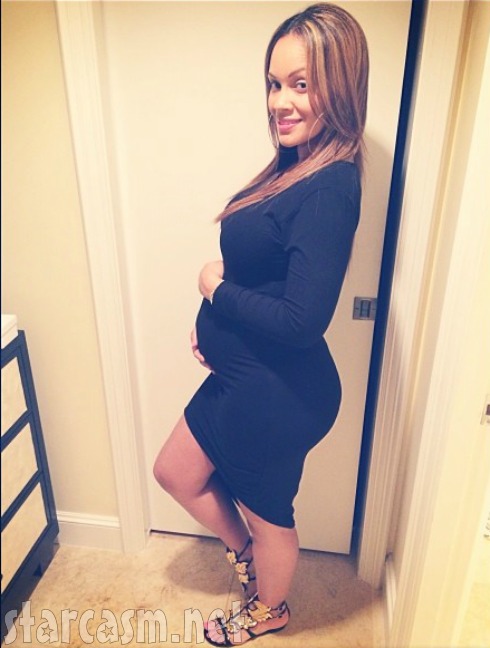 After a violent and short marriage to Chad Ochocinco, Basketball Wives star Evelyn Lozada seems to have found happiness with a new mystery man and is now six months pregnant!

TMZ reports Evelyn and her boyfriend have been together for nearly one year. Things got seriously pretty quickly and they decided to conceive. Apparently they were successful in that venture back in May. This will be the second child for Evelyn, who has a 20-year-old daughter, Shaniece Hairston.

Now, one big question remains: Who is Evelyn’s boyfriend?

Multiple sources reported in May that Evelyn was dating Carl Crawford, a star player for the Los Angeles Dodgers. (She should get an award for being in serious relationships with men from the professional basketball, football and baseball leagues… It’s kind of like an EGOT, right?) 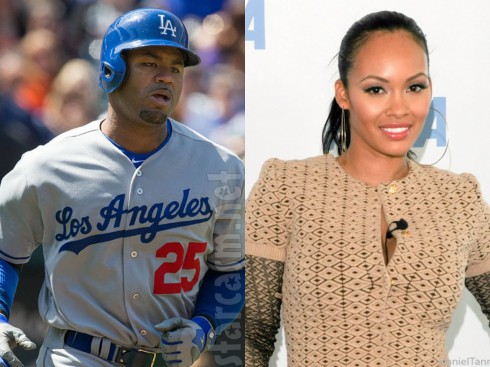 At the time, Evelyn’s representative told Hip Hollywood that Evelyn was “single” and not dating. Another source told Bossip that Evelyn “isn’t even friends with that guy” and was “super single.”

Even if Evelyn wasn’t hooking up with Carl in May, it seems she wasn’t “super single.”

“I’m excited about being a mommy all over again,” she said. “This is something I’ve been wanting for years and I can’t believe it’s finally happening.”

Although Evelyn is publicly opting to keep the baby’s father’s identity a secret, The Christian Post noted Evelyn and Carl were seen together in October.