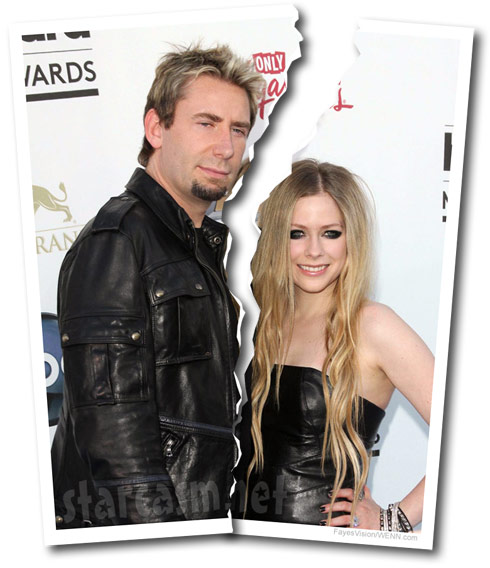 According to a just released report, Nickelback front man Chad Kroeger and pop star Avril Lavigne are headed for a divorce after just one year of marriage.

One of the ol’ “insider sources” told Us, “It’s over. He has been going around L.A. telling people that they are divorcing.”

Kroeger proposed to Lavigne in August 2012 after they dated for only a month. The pair later married in a private French ceremony in July 2013.

The news comes as a bit of surprise as Lavigne was all compliments about Kroeger in July when he regaled her with a massive 17 carat diamond ring for their first wedding anniversary. She shared that news and pic via a tweet – which she has recently deleted.

Us says they have more details on the break up in their latest print issue on newsstands now.