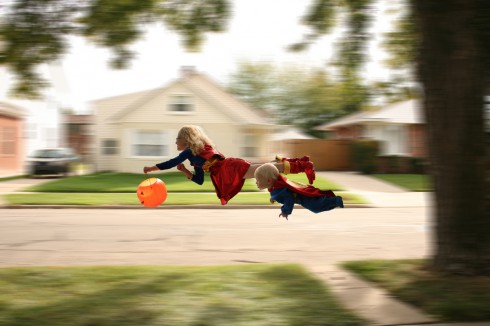 With the help of a tripod, a leaf blower, PhotoShop and some Hollywood-worthy props, one dad has created an incredible Halloween tradition.

Jeff Gerhardt (who is better known by his Reddit username, SpamDog_of_War) orchestrates annual pictures of his growing family with weeks of careful planning.

“The actual technical aspects are not that difficult the hardest part is coming up with something that they are excited about and actually want to do… It is pretty much up to me to decide. Right now they are so excited about it they really just let me go with it. This years however my wife HEAVILY influenced the decision… I was thinking more Avengers,” the dad-of-three said. 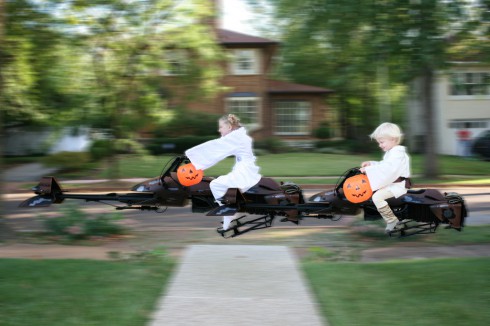 By continually upping the game, Jeff learned a few tricks along the way.

“The first year I did this I set up all kind of ropes so I would not have to do so much photoshop and they did almost get dropped a couple of time because of it.” 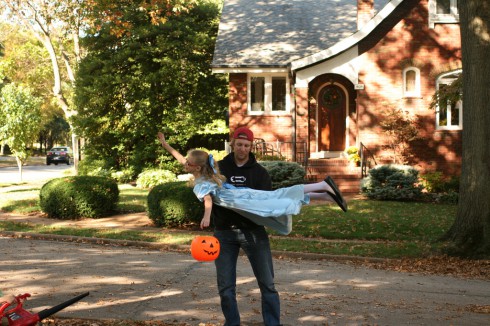 He also figured out how to imitate action with PhotoShop’s blurring tool. 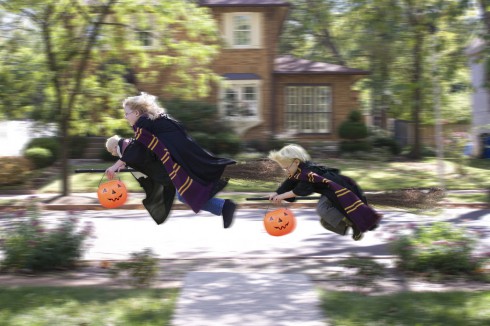 “I don’t use photoshop professionally, so I use the motion blurs as a way to fake so it looks good,” he said. (He’s actually a Missouri-based bicycle builder!) 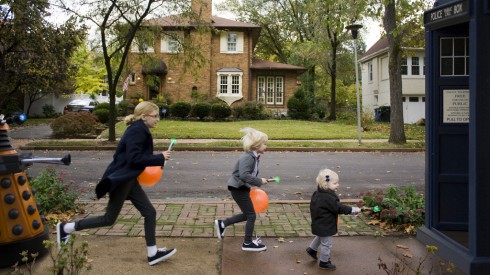 These pictures will undoubtedly be cherished by the family for years to come… Even though Jeff said his kids are beginning to reach the ambivalent stage.

“Last year I let my son wear something else for actual Trick-or-treating,” Jeff said, explaining his son wanted to go as a skeleton instead of a mini Doctor Who. 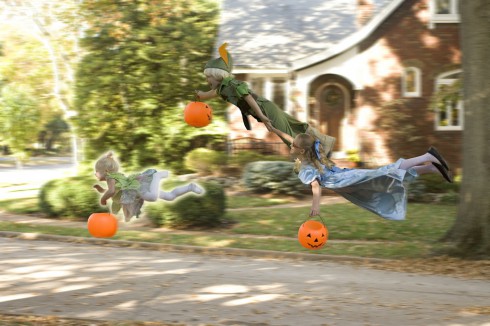 Way to go, Jeff… You are winning Halloween!

Not Just an Uncle Anymore: John Stamos is a new dad at 54