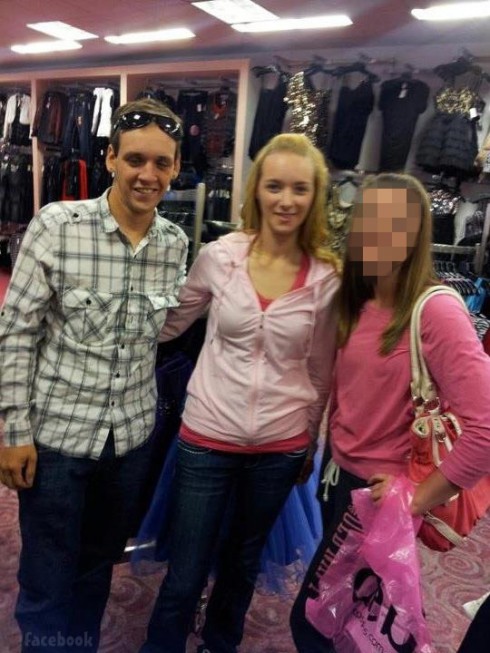 We’ve spent the last few weeks delving into the seemingly infinitely large closet in which the cast members of Breaking Amish keep their skeletons, but we decided to take a break from looking into their pasts and for once take a look at their present! Or at least very close. The above picture is a recent photo of Breaking Amish cast members (and woo-pitching lovebirds) Abe Schmucker and Rebecca Byler taken October 10, 2012.

The photo was taken at a Deb Shops store in the Rockvale Outlets in Lancaster, Pennsylvania and shared on the Breaking Amish: The Truth Facebook page by the sister of the young woman posing with them. (I pixelated her face because the internet is the internet and I’m sure there would be negative comments of some kind – just like there was on the Facebook photo.)

Abe and Rebecca look thoroughly “English,” with Rebecca showing off her blonde hair. And to their credit, they were at an outlet mall, so it seems they are trying to be a little thrifty.

For comparison, here is one of the Breaking Amish promotional photos of Abe an Rebecca shared by TLC prior to the season: 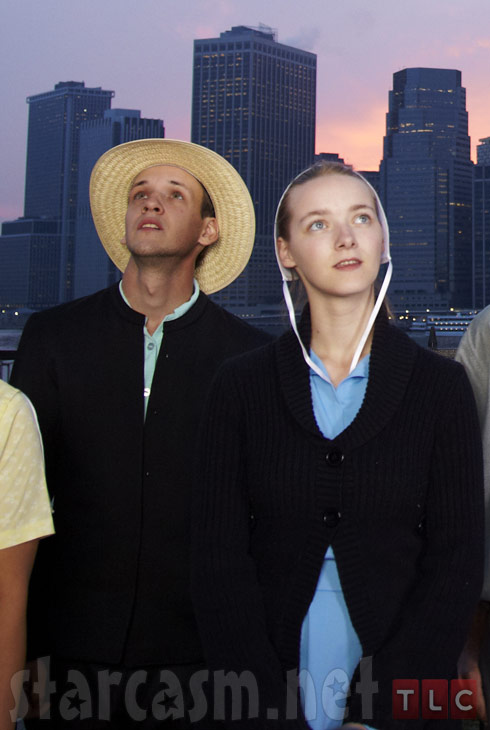 The young lady in the top picture (thanks for sharing by the way!) responded to questions about the picture, including whether or not Abe and Rebecca had their child with them, by writing, “They were at Deb in Rockvale Outlets in Lancaster around 6 at night. I turned around to leave and they were right there. No, they did not have a baby with them, but they said they don’t live around here.”

She later commented on Abe’s rather awkward look, stating it was “because he stepped in a second before the picture was taken, clearly he’s not ready; he’s completely blinking.”

Have you run into a member(s) of the Breaking Amish cast recently (or in the past) and want to share your experience and/or photo? Drop us a line at starcasmtips (at) yahoo.com!

Sabrina confirms new season of Return To Amish, says everyone except Kate will be back